How do you go from a college student one day to a movie star the next?

Jun Yu seriously has all the answers. We’re absolutely swooning over Hollywood’s newest it-boy, who’s set to shine as Cricket in the just-released 2020 live-action film “Mulan.” Jun spilled all the tea to Very Good Light about his newfound stardom, his love of K-beauty, and his rap career (?!). Read on for all the deets.

SEE ALSO: Who’s going to save our Kpop stars?

Born and raised in Oakland, California Jun loved growing up in the bay. He didn’t dream of acting often or even knew he had the potential to become an actor until his sophomore year of high school. “I only got into the University of Southern California because of my acting abilities, and at that point, I was just like, lets run with this, let’s do it because this is what I love. I wouldn’t say I blew up, but amazing opportunities came and I was prepared.”

But he did kind of blow up. Or, is blowing up right now, we should say. When he got the call for “Mulan,” he left school to film the movie, which he says was a no-brainer. However, it hasn’t been the easiest transition for Jun. He admits he’s finding it difficult to adjust to life post-college and find his way in this industry.

“Everything I’ve known in my life up until this point has been school, homework, essays, and whatnot. Not having that now is really interesting. When you’re not in a community setting like college it’s really hard to remain social,” he tells Very Good Light.

“Mulan” is a story about a heroine, a young woman battling adversity and doing things that are not the norm within imperial China. Jun feels the film is a universal story and something that everyone can relate to. To him, this is the most remarkable thing about the just-released film.

He best describes his first-day on-set as being super surreal. “Meeting people who are absolute Asian legends I never thought I would breathe the same air with was incredible,” he says. Before filming even started, he went through three months of intense physical training. When it came time to see the sets, he was overwhelmed by how amazing and real everything looked. He didn’t know how to take it all in.

“Working with everyone who is a professional and top-notch at their job really inspired me to bring it,” says Jun.

Jun said masculinity to him as an Asian-American has always been a bit of a struggle. “In the media, Asian men are never really seen as sexy. It’s always about jokes, or everyone has an accent or something. I haven’t found a movie with a love interest that wasn’t Henry Golding. Where is a rom-com where an Asian is the lead?” Jun says. He made a point to discuss how times are changing but Asian men are not always well represented as much as he’d like to see.

In his downtime, Jun fulfills his passion for music by working on his rap career. This isn’t a newfound hobby for him. He’s been sharing his love of music with friends since he was just a kid. “Growing up in the bay a lot of my friends and I just loved learning how to freestyle and say whatever came to our minds. I would go to different concerts, hanging out with friends and we just had that mutual understanding that we love music,” he says.

He believes when you drown yourself in something you love, it’s really easy to attract people who have the same interests.  His debut EP is in the works, and he says he draws inspiration from artists such as Mac Miller, J Cole, and Andre 3000. He also shared he’ll be featured in a couple of music videos soon, which we’ll be eagerly waiting to see.

And of course, we needed to know his skincare secrets. Have you seen his perfect face? No worries, we learned about his secret weapon. It’s Le Mieux’s Moisture Infusion Masks.

“I’m a big advocate for Korean face masks. Also, I actually think I exfoliate a little too much, only because I love looking like I’m 5-years-old,” he says. Well, it’s certainly working.

Also, Jun tells us he was the ONLY actor on set who didn’t have to wear a single drop of makeup, besides a little dirt here and there. Crazy.

“Mulan” was set to hit theaters on March 27th however, due to the coronavirus pandemic, it was indefinitely postponed. We were excited to hear it hit Disney Plus today, September 4th. Watch it ASAP here.

“I’m just really excited that people get to see this film safely,” Jun tells Very Good Light. “But also hope that viewers will see how much this film means, especially during these hard times”. 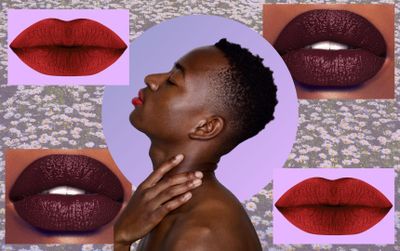 
How I Made It: GEENIE founder Chana Ginelle Ewing on creating one of the first intersectional beauty marketplaces 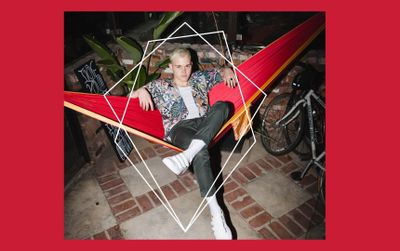