Contracting gonorrhea allowed me to overcome the shame in sex

All these words swirled around my head as I sat at the LGBT Center in Hollywood on a forlorn Tuesday. Mind you, it was the day before my 32nd birthday. What a momentous way to celebrate my upcoming birthday, I thought. 31 had been a particularly challenging year for me in that my relationship ended, I lost my job, gained a gut and a bit of a depression; and now here I was waiting to see why my dick felt like it was going to fall off.

The real cherry on the shit sundae was painfully swabbing my own throat and anus to check for any STD’s. Shame does not begin to explain the dread running through my body as I waited and waited for my results, hoping for the best but expecting the worst. I wore my baseball cap low, and even wore sunglasses so to not be recognized.

“Immediately knew I had Gonorrhea. I could just see the diagnosis on his face.”

I began calculating the amount of times I wore protection or discussed sexual health with a potential partner because it would be awkward, and I felt the potent cocktail of shame, dread, and guilt. Why is it as gay men we play Russian Roulette with our sexual health? Is it our invincibility complex or years of bullying and being denounced? Or, perhaps, is it playing catch up for all the years spent in the closet? I felt light-headed as these thoughts ricocheted in my head.

My name was called like a summons, every step closer to the truth and farther from myself. I walked into the room with the nurse, and immediately knew I had Gonorrhea. I could just see the diagnosis on his face.

The nurse patiently walked me through the cure, which is 4 antibiotics and a shot of penicillin in the ass. Maybe what I needed right before my birthday was a kick in the ass. He continued asking me how many partners I had been with this month, and as I answered it was an out of body experience because I could not believe how many men I had been with irresponsibly.

And then all of a sudden, my loneliness was palpable. For the first time, my loneliness had a heartbeat, it was alive. Aside from my expanding gut my loneliness had not physically hurt me yet. All those lonely nights scrolling through Grindr had really taken its toll on me, and led me to this moment, however embarrassing it may have been. I thought of the guy who most likely gave it to me, and how he told me to stop kissing him because it was too intimate. And how in that moment I thought that’s the best I’ll ever get and allowed it to happen. It almost feels like someone else’s life when I write this, and the only person I feel angry towards is myself.

I picked up my dignity off the floor and took the shot in my ass like a man. I limped my way through the waiting room of the LGBT Center with my head held high because, after all, I had taken control of my sexual health, and made a move towards mental and physical balance.

Since that day, I’ve done the research and talked to friends and know I’m not alone because Gonorrhea rates are up according to the Center of Disease Control. This could be due to dating apps which sometimes leads to careless sexual practices. It was nice to be open about it after feeling ashamed and wanting to hide under a rock. But I’m open and authentic in all aspects of my life, and getting Gonorrhea is just a part of the tapestry of my life. Gonorrhea helped me see the emotional heartache and pain below the surface. It showed me how I had to adjust the way I received love, and the reason I was having sex in the first place. Sex is not a handshake, which most gay men treat it like it is.

Was I having sex because I was bored or lonely?

I thought this was the single most embarrassing and painful moment of my life, but instead, it became an enriching one where I found myself again. I saw value in my health, and stopped playing Russian Roulette, finally putting the gun down. And for the first time in a long time, saw my inner unicorn shine.

“Once we start reshaping our culture and taboos is when we start to become more responsible in our own sexual escapades.”

The first step to getting over the shame you may feel over an STD is to realize you are not alone. If you look at just mere statistics you’ll know many people have been in your exact situation. That’s one in two sexually active people, according to the American Sexual Health Association. The second step to get over your shame is to go to a mountain top or the top of a tall building and yell, “I have Gonorrhea.” Okay, not literally, though you could. The point is to stop hiding and step into the light. Not only will you feel better, you may inadvertently empower a shameful friend in the process. Lastly, you have to accept the fact that you had sex, and no matter how safe or unsafe you were susceptible to a possible STD. Move on. Get treatment. Don’t be as hard on yourself as I was, and just accept that things will happen.

Each time I talk about how I caught Gonorrhea, the less and less shame has a handle on me. I feel free from the disease. It’s no longer the Scarlet G on my lapel, rather, a diagnosis that I treated. Perhaps more than the physical toll, it’s the emotional and mental toll that takes its biggest effect. That takes time, self-care and love.

Being sex shamed or STD shamed is wrong and once we start reshaping our culture and taboos is when we start to become more responsible in our own sexual escapades.  So go forth, have sex BUT PROTECT YOURSELF ALWAYS get tested often and lastly, don’t be ashamed.

For more information on how you can protect yourself, visit The Well Project.

Amir Yassai was born to a whimsical Persian family in Laguna Beach, CA. Coming out for him was not as easy as everyone thinks it was for him. If he’s not styling in the streets in a kimono you can find him at a zoo or at the movies watching all the newest films. Find him @comingoutwithlove 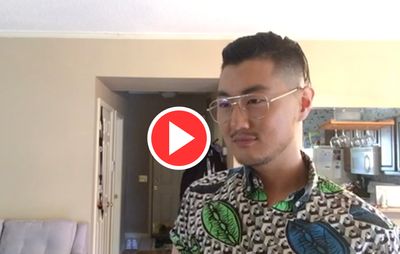 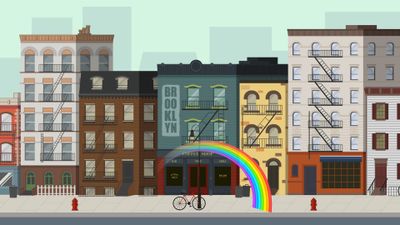