The surprising reason why some people don’t produce body odor

I once watched a Korean variety show when a Korean pop star admitted to using deodorant. The entire audience proceeded to erupt in laughter.

“You use deodorant? Poor thing,” a female announcer went on to say. “You must really smell.”

It was a conversation that was completely jarring to me as an American, even though I’m of Korean descent. Are Koreans super unhygienic, I wondered, or do they really just not smell badly? It’s interesting to note that when I went to Seoul, deodorants were nowhere in sight, not sold in drug stores or retailers or anywhere. There’s even countless articles from foreigners who search far and wide for deodorants in Seoul to find that, well, there is none.

Then, last summer, my crude friend Nich, also a Korean American, dared me to sniff his under arm. It was the middle of a heat wave and we had just wandered around Bushwick, sweating like cats giving birth, if cats sweat. Being the daredevil that I am, I then stuck my nostrils onto his hairless pits, which resembled an ostrich’s eyelashes, sticking out sharply in random places.

The conclusion? To my dismay, they really, truly didn’t smell. At all.

It’s a sentiment that I found difficult to believe in. All people certainly produce body odor, don’t they? At least, that’s what the cosmetic industry has been selling to us for, well, forever? After Googling “Koreans don’t smell,” I came across several articles explaining how and why. I also realized how much I’d been scammed by the cosmetic industry into reapplying deodorant multiple times throughout the day (not even considering how much I spend on it!)

According to a LiveScience article from 2013, scientists discovered there was actually a gene called ABCC11, which determines if a person is smelly or not. Those who produce a dry version of earwax apparently also lack the same bacteria that festers in underarms and causes odor. Huh. The reasoning, this Guardian article explains, was because those who produce dry earwax also don’t produce the protein that transports sweat out of pores in our armpits, which attracts bacteria that cause body odor.

“While only 2-percent of Europeans lack the genes for smelly armpits, most East Asians and almost all Koreans lack this gene,” an expert named Ian Day, a genetic epidemiologist at the University of Bristol, told the publication.

Still, in the Western world, the study by LiveScience found that more than three-quarters of people who don’t actually smell still use deodorant. Like me, an apparent luddite who’s been continually scammed. But even as I’ve read this information, it’s proven difficult for me to ween off of the sweat stick out of fear that if a crowded subway train ever shuts down ~I’m~ the one that stinks it up.

So I spoke directly to a third party dermatologist named Dr. Joshua Zeichner, director of cosmetic and clinical research at the Department of Dermatology, Mount Sinai Hospital. I wanted to see if these findings were, in fact, true.

“A high percentage of Korean patients have the mutation called ABCC11 which alters the composition of sweat so that they do not produce body odor,” he confirms with Very Good Light. “Body odor is produced when sweat is broken down by bacteria that live naturally on the skin.  Depending on the composition of the sweat, odor may be different or have no smell at all when broken down by bacteria.  The mutation does not alter the production of sweat at all, so wetness itself is not affected.  Antiperspirants may be still necessary to reduce sweating, even if a deodorant effect is not needed.”

Okay, cool. So I know I still sweat (a lot actually, just see me during Crossfit, lol), but good to know that I can walk into a meeting right after and no one will say a damn thing. This definitely makes up for the fact that I can’t drink (get the Asian glow, aka allergic to alcohol aka totally a party pooper). Case closed.

If you’re wondering if you, too, carry the genes (or absence there of!) that produce B.O., the article simply says to check your earwax. Dry? Chances are, you, too, are Korean! We kid. But maybe – just maybe – you don’t smell like what we’d imagine Hodor smelling like, either. RIP, Hodor. RIP.


Guys were absolutely obsessed with their hair in 2016 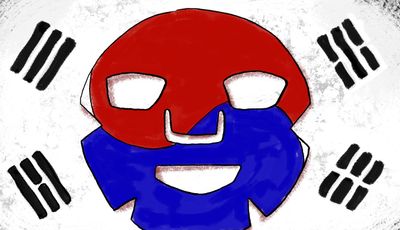