Everything you wanted to know about circumcision

News flash: All guys were born from the womb with an uncircumcised penis. So yes, if you were wondering, we all came into this world with a turtleneck intact. Or like the above, a snuggly wrapped pig in a blanket. So why does circumcision exist?

Well, there are several reasons. For starters, circumcision means the removal of the foreskin at the tip of the penis. The practice dates back thousands of years but yet still remains a hotly debated topic today. Mostly because there are conflicting reports on if an uncut penis is more less hygienic and can lead to diseases. There are other rumors that uncut penises have more sensitivity.

“It’s a very personal choice, and there’s no right answer“, says Michael Eisenberg, M.D., a urologist and director of Male Reproductive Medicine and Surgery at Stanford Health Care. “What’s important is that you know the facts and care for yourself properly.”

Right now in the United States, about 79% of men are circumcised—88 percent of white men, 73% of black men, 42% of Mexican-American men, and 50% of other races and ethnicities, according to the Center for Disease Control. Men in the Northeast or Midwest are more likely to be circumcised than those living in the West.

That’s compared to the global rate of just 30% percent with the highest rates of cutting foreskins in the U.S., Canada, Australia, New Zealand, Central Asia, West Africa, and the Middle East in that order. There are lots of reasons why people choose the procedure for their kids or themselves. But no matter what your circumcision status, there are millions of men with uncircumcised penises, so don’t fret if you have one.

Whether you have a foreskin or not, here’s all the questions you’ve wanted to ask, but didn’t know where to go.

Why am I circumcised?

People choose circumcision for their babies every day for many different reasons. Members of many religions—namely Judaism and Islam—do so to cement their belief in God. Others choose it for medical or sanitary reasons, like preventing bacteria from growing underneath the foreskin and making it easier to clean, which can in turn prevent future urinary tract infections and STIs. There are also those who choose the procedure for matters of culture or tradition, too. Whatever the reason, if you are circumcised, you are not alone. Circumcision is one of the oldest and most common medical procedures in the world.

Does not having foreskin negatively affect my sex life?

The foreskin has lots of nerve endings that are removed during the procedure. This can lead to desensitization of the penis head, but circumcised guys don’t end up with less pleasure overall. “Many men say that sex after circumcision isn’t necessarily better or worse—it’s just different,” says Dr. Eisenberg. So, don’t think you’re missing out on a whole world of stimulation. Bottom line: It’s not going to make or break whether you have a healthy, active sex life. Just remember to always, always, use protection.

Is it true that being circumcised can prevent diseases?

In certain studies, circumcision was shown to significantly reduce HIV contraction in men who have sex with women. The foreskin is thin and subject to getting small tears that can then become infected. Without it, bacteria and viruses are more easily washed away or killed by exposure to air. But that doesn’t mean circumcised guys should rely on it for STI prevention.

“Everyone should be using condoms regardless of whether they’re circumcised,” says Dr. Eisenberg. The study showed little to no affect HIV prevention in men who have sex with men.

What’s the right way to clean my foreskin?

The best way is while in the shower. Retract the foreskin and gently wash it with a cleanser and warm water then pat dry. “Reducing excess moisture under the foreskin keeps it clean,” says Dr. Eisenberg. It can also reduce the chance of any smell or formation of smegma, a fatty secretion that comes from the skin.

What if I have tightness or tears?

Minor tightness and small tears around the tip of the skin are common and can be treated with topical medications or regular stretching. Discomfort during sex or erections, urinary tract infections, difficulty peeing, or small tears in the foreskin are all reasons to see a doctor who can help. Don’t wait until symptoms get worse, says Dr. Eisenberg.

I don’t have a foreskin, but I want one!

Lots of guys aren’t happy they were circumcised at birth. There’s even a movement of men’s rights activists who are pissed their parents cut theirs off completely. Some men wish it never happened. Others wish for their foreskins back, and few even try to restore them by securing it with weights or other devices that stretch the skin over time and then eventually cover the head of the penis. There are even contraptions people have made. Really. Dr. Eisenberg says that although this process is also a personal choice, it can be a slow and uncomfortable one. So consult your doctors or physicians if you’re deciding to do this, guys!

If you have question about your foreskin (or not having one), talk to your doctor or tweet us your questions at @VGoodLight.

Dan Michel is a fashion editor at Men’s Health. He lives New York City, covers menswear, grooming, tech and design. Dan’s a sucker for beards, automatic watches and a tall glass of iced tea. Follow him on Twitter, Instagram and Snapchat @iamdanmichel. 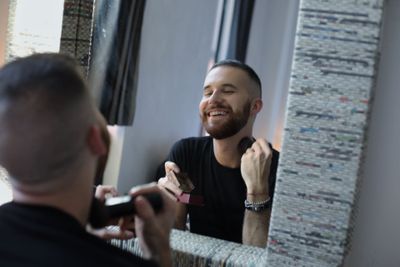 
This guy completely slays the ‘no makeup, makeup’ look 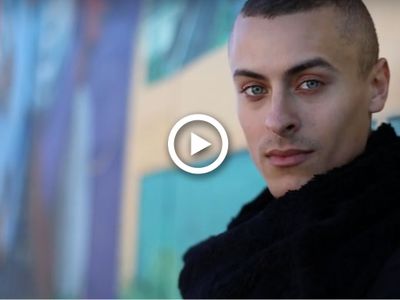