All thanks to Korean-American author Lyla Lee.

Lyla Lee has been a life-long fan of K-dramas. Whether she lived in South Korea or the US, K-dramas were always there for her. Also, being a fan of K-pop, she knew she always wanted to write a book about the genre — more specifically, the industry. With both of these constants and her education in film, she incorporated familiar tropes into Flip the Script, poking fun at them but also breathing life into her own “K-drama world” and characters.

Lyla Lee attended the University of South California for Cinematic Arts, which still influences her writing style. At many times when she thought of giving up on her book-writing career, the art of cinema looped her back into storytelling. “Screenwriting is the only formal writing training I ever received due to the fact that my family is not well-off, and I attended USC on scholarship.” Many of the projects done in class remain crucial in her creative process: the story outlining and accessible writing tone go hand-in-hand with her highly visual style.

Writing Flip the Script was a wild ride from beginning to end. While researching it, Lyla traveled to Korea during the worst months of the COVID-19 pandemic in 2020, before any vaccines were a viable option. She deemed it necessary to add to the realism of her novel. After what she describes as a bit of luck, countless COVID tests, and two weeks of quarantine, Lyla was able to roam around South Korea to begin her research, which ultimately played a vital role in finishing what Flip the Script is today.

Once she finished her story, publishing became her next priority. Although it took her ten years to find a publisher — from first query letter to first deal — once she had hers for Flip the Script, it was painless. With a supportive and advocating publisher behind her, this YA story is her second book after her debut, I’ll Be The One — a story of body positivity as a K-pop trainee. She says it was the strongest, most compelling idea she had at the time, and even though it required her to gather up the courage to write it, she can now recognize this as a moment of pride.

Lyla grew up in a Catholic household in Texas. Being one of the only openly queer Koreans (or Asians at that!) in her hometown, the opportunities to be proud of her identity felt few and far between. She felt like she had to fit into the mold of what an Asian person was. Now, as an adult, she is unapologetically herself. Writing these raw, authentic stories that are close to home can be intimidating for the author, which only increases her pride in them. Flip the Script is anything but shy: a dreamy K-drama sapphic rom-com with all queer characters.

In South Korea, same-sex marriage remains unsanctioned. Attacks on queer people are so prevalent that heavy police presence is needed at the Seoul Queer Culture Festival (their Pride parade equivalent). It’s also not unheard of for parents to disown their children for being queer.

As recently as in 2020, Lyla saw a K-drama with a triggering rendition of the “bury your gays” trope. Lyla can’t help but look at the brighter side of these stories, with the younger generation being one of change. To her, it’s only a matter of time before Korea becomes more open-minded as a collective and sees the LGBTQ+ community represented on our screens. As a bisexual person herself, Lyla prefers to err on the side of caution since biphobia is present both in queer and cishet spaces. Lyla tries to combat the negativity with compassion over judgment by writing about a broad spectrum of bi identity, to offer visibility and, hopefully, more understanding.

As someone in her twenties, Lyla portrays a young WLW relationship — women who love women — accurately. “I think it helps that, as a 20-something, I’m relatively young myself. Just not as much as I used to be, sadly.” She credits familiar K-drama tropes for that feeling that only young characters experience first love for the first time. Reflecting on her own “firsts” while giving them a romanticized, humorous, and realistically messy K-drama quality also helped her capture the emotions Hana experiences in the book.

In Flip the Script, Hana, the main character, had a big coming out moment, and, out of respect for future readers, we won’t spoil it. Surprisingly, Lyla’s coming-out moments have been the opposite and in more intimate situations. The first reason is she’s not yet a famous celebrity (which she’s thankful for), and the second one is Lyla came out when she was living in the US and not in Korea. “I came out to maybe one or two people when I first realized I was bi at the age of 20.” Then she came out to her queer-friendly followers on social media — a process easier than coming out to her immediate family and non-queer friends. “My parents actually didn’t know I was bi until they read my YA debut, I’ll Be the One, which also has queer main characters.”

Despite their shock, Lyla thinks coming out as an independent adult was much easier than doing it as a teen, like Hana. Even if she’s not sure they fully accept her, she jokingly adds, “I haven’t been disowned or anything, so that’s good.” Lyla leaves us with a bit of advice and generosity to her younger self. She says that even though she felt like a nerd or loser for being the only one who likes K-pop and K-dramas, that will soon change. “Keep going and always be proud of who you are and where you come from. Everyone else will catch up, eventually!”

Flip the Script is available for purchase now. 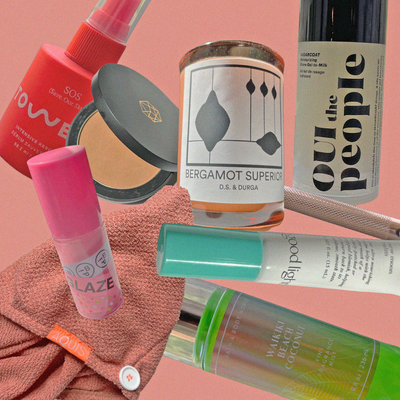 
Sun damage continues long after you're out of the sun 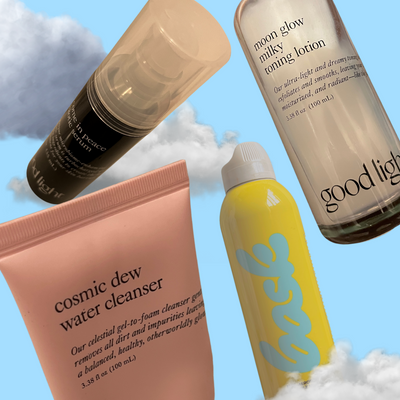