It would be remiss to honor the 35 fiercest AAPI voices in beauty today without acknowledging the trailblazing icon that is Marc Reagan.

Marc is the current Director of Global Artistry, Education & Events at Hourglass Cosmetics, but before that, he spent 14 years working his way up the ladder at Bobbi Brown. His journey started as a makeup artist at the Bobbi Brown counter at a Nordstrom in downtown San Francisco in 2004 and reached a pinnacle when he became the Director of Global Artistry from 2016 to 2018. Very Good Light reached out to Marc for an interview to get the scoop on his come-up.

Back to the beginning

Marc Regan’s career and aesthetic artistry spans over three decades and has endured many culture shifts. Marc’s come-up and success story is a particularly resonant one for the Asian American community at large.

“I worked from the ground up,” he explains straight away in our interview. Marc grew up in San Francisco, California. For those who don’t know, San Francisco has one of the largest ratios of Asian people in the city compared to the rest of America. As an Asian person from San Francisco myself, I can say that it is both a safety net and an inflated bubble that is separate from the cultural reality and norms of the rest of the United States.

After earning a degree in Fine Arts from the University of California at Santa Cruz, like many people, Marc moved back to his hometown. Marc took his love for color and artistry and got a job at the Nordstrom in downtown San Francisco at the Bobbi Brown counter.

His reputation as an immensely skilled makeup artist spread nationally and internationally – and took him to New York, where he worked bicoastally. Coming out of the San Francisco bubble as an Asian person, Marc describes his move.

From local artist to global director

Marc’s dedication to craft and artistry took him very quickly to a senior level, national position at Bobbi Brown. In the past and the present day, it is no small feat for an Asian American person to work their way to the top in the beauty industry in the way that Marc did.

Marc eventually became the Director of Global Artistry at Bobbi Brown in 2016, but was headhunted by Hourglass Cosmetics to take the reigns of their global division. In fact, they literally created the position for him that he holds now that combines his experiences in artistry, education, and advocacy, and events planning, giving him the freedom to do what he loves at a global scale.

“It’s important to understand your value and what you can bring to the table, all while still being humble and knowing that you can learn from the experience. So if you can balance that and then say, ‘Hey, this is what I know, I can bring it,’” says Marc.

How being Asian affects an aesthetic sensibility

Throughout our interview, we speak about his experience as a Global Director for two huge cosmetic brands. As a biracial person, Marc notes that his makeup is Chinese and Japanese.

“I am first and foremost Asian American, but I have all these other great things that are part of my identity to pull from, especially as someone who identifies as queer. Identifying ethnicity within another layer of a minority is a totally different experience.”

For years, Marc has carried the word “global” in all of his job titles, but when speaking with him, I realize immediately that he isn’t only global in the titular sense, but the undeniable embodiment of the word as a person in life and practice.

Marc is an invaluable source of representation for the Asian American community at large. For a while after graduating from college, when he was working the Bobbi Brown counter in San Francisco, he was living in an intergenerational family home with his mom and grandma, like so many of us do.

Marc tells me his biggest takeaway from his early career years of living in San Francisco after college was this: “I got to figure out that you don’t have to know anything. You don’t have to have it all figured out. You have to declare something at some point. But nobody is supposed to tell you what you are and are not capable of. You can do it all and be anything you want to be.” 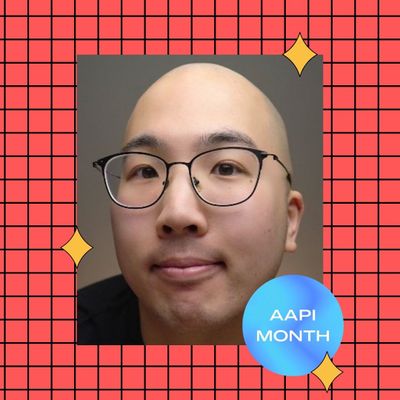 
How Young Yuh became one of TikTok’s top skinfluencers


Patrick Ta: The supermodel makeup whisperer on speaking up against Asian hate 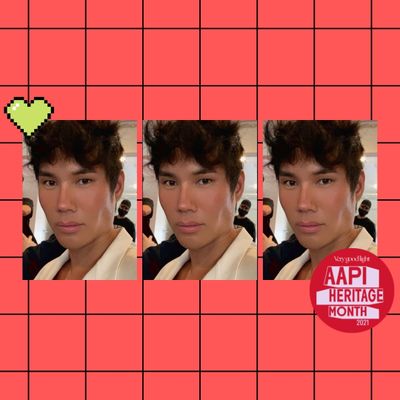