Dating from A to (Gen) Z: A queer love story that started at a Christian college

Gen Z is a generation of people who take pride in their awareness of politics, gender roles, and mental health, but are Gen Zers as aware when it comes to dating?

Dating from A to (Gen) Z

Throughout this series, which we’re calling Dating from A to (Gen) Z, Very Good Light will explore the relationships of Gen Zers from all ethnic backgrounds and sexual orientations to see how this generation deals with lust, love, and everything in between.

Today’s love story centers on El (21-years-old, they/she) and Steph (24-years-old, he/him), a couple that has been together for over four years and by each other’s side for all the challenges they’ve faced along the way.

SEE ALSO: How my pastor coming out as gay helped me learn my God loves my queerness

Their love story begins in the most unlikely of places: a Christian college. “Neither of us expected to find someone there we’d want to date, but I think queers have a way of finding each other especially in oppressive places,” El says. A mutual friend of the both of them set them up but El was not interested – at least not at first.

Steph had a lot of the same friends as El and after their fourth encounter, El told Steph that they should meet for lunch sometime. For El, this was a friendly offer that El didn’t think of it as a date, that is until Steph actually followed up and asked for their number.

After the first date, it was apparent that El and Steph were very overwhelmed by the connection that they shared. El says it was “love at first connection.”

“I accidentally told him I loved him when we had been talking for like five days!” El exclaims. Steph couldn’t believe how quickly he could be so deeply in love with someone. “Everything about El immediately made perfect sense to me…I think within a week we said I love you, and within a few days after that, we were dating, and the whole while we just knew we would be together forever.”

Texting is, of course, a huge way that people communicate and has been for many years now, but Gen Z was born into this technology. El and Steph texted one another every day, all the time, but it’s never gotten old.

“Having my best friend in my pocket that I can talk to pretty much at any moment is a wildly magical thing…when I was single, I was worried that texting someone 24/7 would ruin the mystery and wonder of the relationship, but I couldn’t get enough of El,” said Steph.

“Just being aware of each other’s emotions (and specifically knowing that men have emotions) feels like something people our age are doing a lot more of than past generations,” says El.

They both share equal amounts of work in their home and give and receive an equal amount of emotional support from each other. Open communication for them means putting in the practice of having difficult conversations. Holding back from them can cause resentment or tension in a relationship.

“Couples from older generations generally seem to have a lot less open communication, so our increased communication might have to do with seeing the lack of it not work out for the adults in our lives,” says El.

Steph’s views on Gen Z’s dating habits highlight Gen Z’s approach to future-focused thinking when it comes to relationships and life in general.  “I think our generation is a little different because we’re so focused on the long-term and the long-term viability of the partner,” he says.

Attraction isn’t the only thing on young people’s minds: a compatible future, money habits, values, even how a partner might treat their home are some things that this couple has thought about in great detail. While this isn’t unique just to Gen Z, this generation is more cautious and calculated when it comes to relationships because of the high divorce rates they witnessed in older generations.

“Older generations get divorced, stay in long-term abusive relationships, make jokes about how much they hate their spouse, find out a deeply kept secret that ruins their relationship, lead themselves to financial ruin and on and on and on,” Steph says.

What they’ve learned from their relationship

In the past, almost four years of being together El has never felt more themself. Through Steph’s constant support, El has been able to flourish and has learned that the “getting to know you” stage can last much longer than a couple of weeks. “I look forward to a life of getting to know each other more and more as we grow,” they say lovingly.

Steph has learned how to assert and vocalize his needs. “Prior to being with El, I was very much a doormat and lacked confidence in who I was,” he says. This goes back to open communication and emotional awareness being at the forefront of the Gen Z mind when it comes to interactions with others as a whole.

For El, love is continuously choosing to grow with a person. “We’re rather different people now than when we started dating, and all the change is for the better,” they say.

In Steph’s eyes, love takes action. “Some days love is the little things like bringing them their phone before they realized they left it the other room, or it’s making them a gift while they’re on a trip to let them know you’re thinking of them, or it’s letting them know you hurt them so you can work on being a better, more loving partner in the future.” 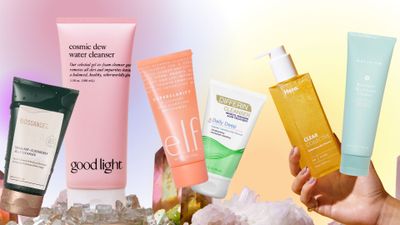 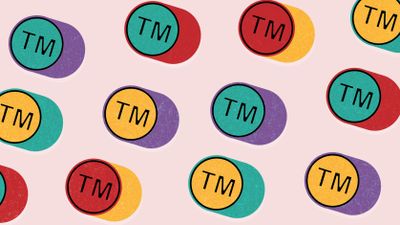