Sephora just released their new Racial Bias Action Plan. Here’s why it sets the bar for the entire retail industry

Hey, beauty and retail companies – it’s time to put your money where your mouth is.

In the wake of George Floyd’s ruthless murder last May, amidst nationwide protests in support of Black Lives Matter, U.S. companies underwent a period of widespread cancellation and public apologies. Claims and open letters that businesses would do better filled Instagram feeds. Companies promised donations, support for BIPOC employees and consumers, and rigorous action plans to improve systemic racial bias in recruitment and company culture.

That was six months ago.

A few months prior, in the fall of 2019, Sephora commissioned and initiated the first-ever large scale study on racial bias in the retail sector. The study was conducted over the course of a year, ending in late 2020. It was designed to measure the issue of racially-biased experiences in U.S. retail, and identify opportunities to cease any unfair treatment. Today, the results are in, and they are anything but shocking.

Two in five of all retail shoppers have personally experienced unfair treatment on the basis of their race or skin tone in the United States.

Black retail shoppers are two and a half times more likely than white shoppers to receive unfair treatment based on their skin color.

One in five of all retail employees in the United States have personally experienced unfair treatment based on their race at their place of work, from either customers or coworkers.

SEE ALSO: The fight for LGBTQIA+ civil rights is nowhere near over

The research came to several conclusions based on the full set of statistics. U.S. BIPOC shoppers feel that interactions in stores are driven by appearance, though retail employees consistently cite behavior as the basis for interaction. These shoppers use coping mechanisms to minimize anticipated biased experience, such as literally choosing to shop online rather than run the risk of a biased incident when shopping in stores. Limited diversity across marketing, merchandise and retail employees of companies result in exclusionary treatment before shoppers even enter a store, and continue across their in-store journey.

So, in total conclusion? The retail experience is inherently and systematically racist.

With the results from this study in tow, Sephora is blazing forward to take concrete, meaningful actions to combat this racial bias in every aspect of their company.

Sephora will double its assortment of Black-owned brands by the end of 2021, and prominently feature and advertise these brands online and in stores. They will roll out a new greeting system, new training modules, new client and employee feedback programming systems, new recruiting, mentorship, community and career development programs. They’re even planning to reduce third-party security in stores to minimize shoppers’ concerns of policing, among a long list of other points of action.

What does this mean for other major retail players? The clock is ticking on their still-unfulfilled promises from last summer. Sephora has provided the cold, hard evidence that racial bias is all too real in retail and beyond – it’s in their hands, and the hands of other retail companies to follow suit with their own plans of meaningful, long-term action.

“We know that we’re in a strong position to influence positive changes in the retail industry and society at large and it’s our responsibility to step up,” Jean-André Rougeot, President and CEO of Sephora Americas told BusinessWire. “We’re committed to doing all we can to make our U.S. retail experience more welcoming for everyone.”

We can only hope that Sephora, and the rest of retail, continue to face the ways that they uphold systemic racism in America.

Shoppers of color have been through enough. 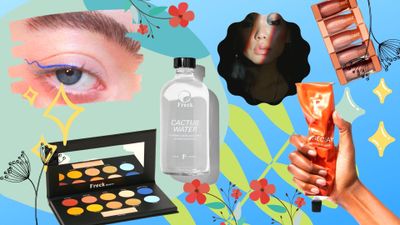 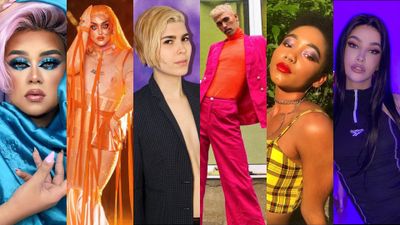