What do Beyonce, Cardi B, and Chrissy Teigen all have in common?

They’ve all had their ears pierced by Brian Keith Thompson. Brian Keith Thompson owns Body Electric Tattoo in Los Angeles, a famous tattoo shop in the 80’s that Brian revived and made his own. While he’s worked with some of the biggest names in Hollywood, he still remembers the days when he first re-opened the parlor and was sleeping on the shop’s floor.

Very Good Light chatted with the popular artist and got the deets on what it was like opening the studio, how to care for intimate piercings, which celeb is his favorite to work with, and more.

SEE ALSO: Everything you need to know about skincare for your balls

Back in the early 2000s, Brian was a former marine who was recently released from jail on parole and spent most of his time in the gym. While working out, one of his gym buddies told him about the parlor, and in 2006, he bought it.

“I remember sitting up early in the morning after I signed the paperwork having a panic attack thinking, ‘What did I get myself into?’” Brian tells Very Good Light.

After purchasing the shop, he was left with only his car and clothes that filled the trunk of his car. “I had a twin size air mattress that I slept on in the piercing room where I’m working today. In the mornings, I would roll it up and have everything cleaned up by 10, and by the time the studio opened up at 12, you’d never know I was living in it.”

Brian spent the next six months sleeping on the floor of his studio and describes how this time in his life made him fall in love with his craft even more. “I was so determined that there was nothing that could happen that would deter me from that determination. I was determined to make this work,” he says. Slowly but surely he brought life back into the once-famous studio.

With countless tattoos and only six piercings, Brian says has a special connection with piercings. “If tattoos are a marriage, piercings are a mistress,” he describes. “You can change a piercing, update your jewelry, take it out, put it back in later, etc. It’s a very cool thing,” he says.

“But a tattoo it’s more of a marriage. It’s something that you need to put a lot of thought into because it’s not going away easily. Getting a tattoo removed is like getting a divorce: it’s painful, takes forever, and costs a lot of money.”

Aside from the pain and cost, he also notes that piercings are more flexible. “When you’re 21, you’re not going to be the same at 41. We’re constantly growing, changing, and adapting as humans, and you can do the same with your jewelry and piercings, you can just be like, ‘I’m not into this anymore,’ and remove it. You may have a little bit of a scar, but who wants to get out of life without any scars? It means you really didn’t live.”

Brian pierces a ton of celebrities, including Jennifer Lawrence, Bella Thorne, and FKA Twigs, but he definitely has his favorites.

“Beyonce is one of my favorites. She’s just a class act,” he gushes. “I just love her to death. She’s great to work with and is an exceptional human being who deserves everything that she has. She’s just one of those people that when you work with them, it’s like, whoa. It’s almost like working with royalty. She’s a really fun person to work with.”

He also mentions Chrissy Teigen as one of his favorite celebrities to work with. “She’s a lot of fun. When you’re making house calls for celebrities, you’re out of your familiar zone. In my studio, that’s where I work and naturally feel comfortable, so to go into someone’s home, the setup is different. You’re a fish out of water. But Chrissy, she had me laughing hysterically the whole time.”

Ear piercings are by far his most requested service, and the piercing he’s most passionate about. “I’m a lobe decorator,” he explains. “People come to me to have me decorate their ears and that’s what I love doing.”

“I could work on the ears forever and never work on anything else. I love decorating the ears. I told someone the other day, ‘Yeah your face may be in a mask for the next year, but your ears aren’t. Your ears are going to show even more now because your face is covered.’ Ears are really on the front row right now.”

When it comes to intimate piercings on the genitals, Brian likes to refer his female clients to other piercers. “I have other piercers that I really like doing it, and most of my clientele is female, so I feel it’s more comfortable for a female to work with another female doing those piercings. But if a client asks me to do it, I will.”

Intimate piercings need to be cared for gently, especially immediately after the appointment. Brian advises a very simple cleaning routine for all of his piercings: a very gentle mild soap and water.

“Using harsh antibacterials and the astringents can cause a yeast infection. So you wanna keep that pH balance the way that it is and not mess with it,” he stresses. “Let the body naturally heal. That’s a common mistake. You need to help your body heal by leaving it alone, meaning not touching it, and not playing with it.”

“Let it do all the work. Stay hydrated, eat a balanced diet, and get 7-8 hours of sleep. Your body will do it for you. Less is more in caring for piercings.”

At Body Electric, you don’t just receive a piercing. You receive experience – often an empowering one. “I genuinely care about my clients,” Brian says passionately. “I have people come in all the time that are telling me they just need a different kind of positive pain. The world’s going through a really painful time right now, and a lot of it is a good change that needs to happen, but it’s painful for people as well.”

“When you come to get a piercing, you are in control. You get to pick out the jewelry you get to pick where it goes, and that’s a wonderful thing. That’s what brought me into tattooing and piercings. That’s the only reason I’m here today. Sometimes a little bit of positive pain is just what the doctor ordered, right?” 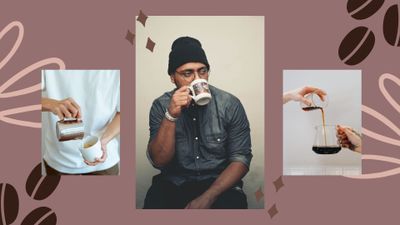 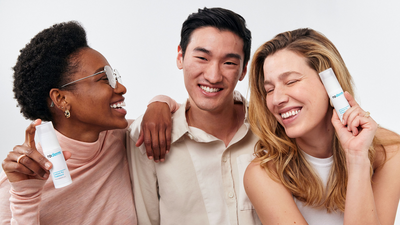