What’s the difference between cruelty-free and vegan?

Cruelty-free and vegan beauty has completely taken over the industry in the last few years.

Logos certifying a product’s authenticity as cruelty-free and/or vegan are popping up across the beauty shelves, but what do those terms, and those logos, really mean? Very Good Light investigated the murky waters of cruelty-free and vegan beauty to find out if those logos on your beauty products are actually legit.

SEE ALSO: The truth about toxins in your makeup

What’s the difference between cruelty-free and vegan?

What were once niche designations have become mainstream as brands like Sephora, Ulta, and Coty entered an arms race to catch up with successful vegan and cruelty-free indie and start-up brands. In a bid to scale their own clean beauty portfolio, Shiseido acquired Drunk Elephant for almost $900 million in 2019. Unilever also acquired REN Clean Skincare for an undisclosed amount in 2015. (Both Drunk Elephant and REN are examples of beauty brands that would be considered cruelty-free but not vegan.)

In mid-July, Ulta also announced the launch of its new Conscious Beauty program, which they described as a “holistic initiative to provide customers with greater choice and transparency.” Set to roll out in Fall 2020, it will certify brands under five categories: clean ingredients, cruelty-free, vegan, sustainable packaging, and positive impact. Ulta has also put in place a Conscious Beauty Advisory Council that includes the co-founder of Credo Beauty to drive the initiative and ensure its accountability.

Credo Beauty is considered a pioneer in this space. Credo’s Clean Beauty Standard was established five years ago and is used by established labels and start-ups alike as a benchmark for product formulations.

Before cruelty-free and vegan beauty turned into marketing buzzwords that beauty conglomerates like Sephora, Ulta, and even Credo tapped into to sell to a specific consumer, PETA was leading the charge against animal cruelty and animal-derived ingredients in the beauty industry.

In recent years, major world markets have stopped animal testing for cosmetics and now successfully use alternative methods. In 1990, Estée Lauder and Revlon were among the first companies to do so. Unilever decided to stop all animal testing back in 2019 across all product lines.  PETA was instrumental in these achievements and now it is helping the Chinese government to phase out the country’s animal testing methods.

To understand the meaning and process behind this market segment, we called on expert Amanda Nordstrom, the company liaison for PETA’s Global Beauty Without Bunnies Program, to answer some of our burning questions.

The history of animal testing in China

In 2012, PETA was the first group to expose the Chinese government’s animal testing requirements for foreign cosmetics sold in the country. “We discovered that many former cruelty-free companies that settled in China quietly changed their policies to start testing on animals again,” says Amanda. “So we’ve worked hard to change China’s position on this requirement and significant progress has been made to modernize cosmetics testing methods that avoid cruel and poisonous tests.”

PETA funded scientists at governmental agencies like the National Medical Product Administration and the Institute for In Vitro Sciences (IIVS) to work directly with Chinese officials to develop non-animal methods of testing. IIVS’s tireless work brought important victories in the fight to end animal testing in China. IIVS signed a Memorandum of Understanding with the Chinese government and opened a non-animal testing laboratory near Shanghai.

Just last month, China unveiled new regulations that would end the requirement of animal testing for some—but not all—cosmetic products.

“Effective Jan. 1, 2021, imported ordinary cosmetics such as shampoo, blush, mascara and perfume will no longer have to be animal-tested for eye and skin irritation in Chinese laboratories,” said Human Society International.

China’s definition of ordinary cosmetics includes most skincare, personal care, and makeup products, but it does not apply to things like hair dye, sunscreen, or whitening products. It is a huge step in the right direction, but there are still many exceptions, and the law doesn’t apply to post-market animal testing, which China does if they believe a product poses a health or safety risk to its consumers.

The global state of animal testing

Overall, huge progress has been made in regards to animal testing for cosmetics. It is no longer required in the U.S. and is illegal in the EU, India, Israel, Norway, Turkey, New Zealand, Switzerland, Australia, and other regions. Other countries have laws up for consideration in regards to banning animal testing. So the battleground remains in China and also in Russia, where some testing is also still allowed.

PETA launched their Beauty Without Bunnies Program in order to help customers identify which companies are committed to a no-animal test policy. Companies applying to the program are extremely motivated to be transparent in the detailed paperwork that they provide. Everything from describing how the companies test their products, where they are sold, what kinds of products they offer, and what kinds of ingredients they use is put on full display.

“PETA’s Beauty Without Bunnies Program lists companies and brands that have implemented a company-wide or brand-wide policy that they and their suppliers, do not and will not, conduct, commission, allow, or pay for tests on animals for their products, ingredients, and formulations for any reason, anywhere in the world,” Amanda tells Very Good Light. “These companies included in our list have submitted a legally-binding Statement of Assurance signed by their CEO verifying that they and their ingredient suppliers are not involved in animal testing whatsoever in all parts of the product development process.”

The Beauty Without Bunnies Program has been the gold standard for supporters and consumers looking to shop cruelty-free since 1987, and they now offer a searchable online global database of more than 4,600 companies that don’t test on animals.

Beauty Without Bunnies vs. Leaping Bunny

Leaping Bunny is another well-known certification for cruelty-free and vegan beauty. If you’re wondering what the difference is between Leaping Bunny and Beauty Without Bunnies, here’s a quick explainer: PETA was previously part of the Coalition for Consumer Information on Cosmetics, but decided to create their own in-house program, Beauty Without Bunnies, to deal with these issues at a much faster and more agile pace.

Coalition for Consumer Information on Cosmetics is now partnered with Cruelty-Free International on the Leaping Bunny program. The Leaping Bunny Logo still promotes an internationally recognized single comprehensive standard that ensures animal testing hasn’t occurred at the ingredient level. Still, some loopholes exist that allow some beauty brands to falsely identify as cruelty-free or vegan.

An All Earthlings’ investigation led by fashion consultant and filmmaker Sarah Jay found that 89% of cosmetic and dietary supplements samples that identified as cruelty-free or vegan tested positive for shark-derived squalene. She asserts that the cosmetics industry is essentially driving sharks to extinction through its use of shark liver oil, and accounts for 3 million shark deaths annually.

Squalene is currently found in everything from anti-aging creams and sunscreen to lipsticks and bath oil. Because many sharks are slow-growing and take a long time to mature, they are particularly vulnerable to overfishing – and killing sharks for shark liver oil has contributed to dramatic population declines of certain species. Due to these concerns, many cosmetics companies have committed to using only squalene that is derived from plant sources, such as olive oil, rice bran, and wheat germ. 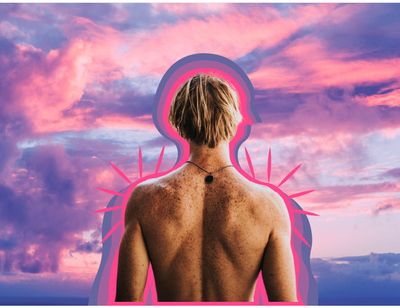 
How to soothe summer eczema


Is chemical sunscreen safe? A new FDA study claims those chemicals stay in your bloodstream 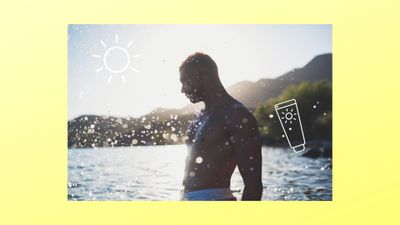