Musician, filmmaker, and comedian Daddy on healing and justice beyond Juneteenth

“Minorities haven’t always been allowed to freely love and express themselves without judgment, and I’m reclaiming that freedom.”

And reclaiming that freedom he is, as are other Black creatives following Juneteenth. The 25-year-old musician and filmmaker, Daddy, who was featured in J. Cole’s “Purple Emoji” music video and shot some of Future and Meek Mill’s “100 Shooters” single’s music video, boldly tackles White privilege with his own single “Rich White Bitch“. It premiered in PAPER Magazine, where he humorously tackles the issue – ushering a new perspective in pop music that is much needed right now.

SEE ALSO: 40 Black influencers and creators you should be supporting

Prior to his musical debut, he was GQ’s Social Video Producer. He decided to take the plunge into stand-up comedy and music to tackle racial and social issues in a tongue-in-cheek way.

He grew up listening to 80’s music, from Madonna’s “Holiday,” to Rick Astley’s “Never Gonna Give You Up.” But growing up, Daddy remembers getting called out for being a “White boy” because of his artistic interests. It was after attending NYU’s Tisch School of The Arts that he began embracing music that challenges people’s expectations of Black men.

Although New York is now his home, Daddy comes from a very diverse background. Born in Egypt to a Muslim-Senegalese dad and a Christian-Congolese mom, he was then raised in Ireland before he moved to Atlanta.

Very Good Light asked Daddy about his hopes for the future, his skincare secrets, and, more seriously, how he is able to cope with trauma and heal from it as tragedy strikes again in America.

What was your experience like growing up in Ireland vs. Atlanta, and what was the transition like to go from one country and culture that has such a different rapport with racial issues?

Growing up in Ireland was something. I definitely loved it and view Ireland as one of my many homes. My family was the first Black family in our neighborhood: literally there’s an article about us in the Irish Times. We dealt with some racism, but in Ireland, racism is like the minor leagues compared to America, which is the pros. I feel like a lot of kids had just never met a Black person before and didn’t know better. It all stopped after the first few months but that doesn’t excuse it.

When I moved to Atlanta I first lived in an all-Black neighborhood, which I was super excited about as I’d never lived around Black people before. There I learned about colorism and the divide between Africans and African Americans. The culture shock was real. But my family adapted. For the first time, I had Black teachers. One, in particular, made the effort of educating students about the richness of Black history in America and Africa. He really taught us to love our blackness. Then I moved to a more diverse neighborhood and learned about White America and White kids who loved confederate flags and whatnot. That was interesting during the 2012 elections.

Your song “Rich White Bitch” tackles White privilege. What are specific instances that led you to write that song?

Every time a Black person is murdered by the police, we as Black people have to live with that while White people carry on. We have to go to work or school or whatever and act as though the world isn’t moving along while injustice prevails. I was listening to a lot of White girl pop at the time and my brother, Ben Ramazani, who’s also a musician, and I were laughing about how so much of mainstream White music doesn’t really have to be about anything in particular. Like, White people don’t have to use their platforms to make the world a better place for White people. White people are able to just not give a shit. Black people don’t always have that privilege which is extremely obvious at this point of time. So when I made that beat I was just having fun and suddenly sang “Feel like a Rich White Bitch I don’t give a shit.” The rest of the song just hit me instantly.

In the last few months, there have been over 112,000 deaths in America alone due to COVID-19, and many Black people have lost their lives recently due to police brutality and are disproportionately victims of this health crisis. How did you cope with all this news?

It’s a very saddening time. Every time we get comfortable something crazy happens in the world to disrupt that. In general, I’m always someone who tries to find solutions when there’s a problem. I’ve been educating myself on police reform, watching the news daily, and questioning what we’re told. I want to know which organizations I can support, who I should vote for, and what brands I should stand behind etc. I recommend that everyone reads The End of Policing by Alex S. Vitale. The ebook is free! I think it’s important for everyone to do their own research, as opposed to just learning from what pops up on our timelines and feeds. We have to do the work.

What steps should we take to heal from the events of the last few months (COVID-19, death of George Floyd, Breonna Taylor…)?

Connect with friends. I have a weekly Zoom call with a group of friends where we allow each other to express what we feel and discuss how we can make a difference.

As much as we have to stay informed and share important links to help people stay informed and take action, I think it’s important to take time to disconnect. It’s a dark time. I think people should limit their social media activity because it can be quite triggering right now.

Get fresh air if possible. For the first month of quarantine, I literally didn’t go outside once and I was going crazy. I literally forgot I even had a balcony I could sit on. One day my brother and I sat on there for like two hours and watched life pass by like old men.

We have to remember to find joy in things. I try to watch silly comedies from my childhood or go get an ice cream or milkshake. I think people feel guilty at times if they show joy online because it may appear as though they’re not acknowledging the injustice or the virus. But I think it’s wrong to shame others for finding light in these dark times. There’s obviously a difference between those who are oblivious and ignorantly finding bliss in these dark times versus those who are finding a way to maintain hope. I think that’s something for people to remember. ESPECIALLY BLACK PEOPLE. We deserve to experience joy.

Exercising has been very helpful for me. I’m not a sporty person at all, but I’ve been getting into a lot of Bruce Lee lately. His way of thinking has really helped me. It’s shown me a way of treating working out like meditation in a way. Just focusing on me, my mind, and body. It’s a great stress reliever and helps me be present.

Speaking of self-care, you have really good skin! What’s your skincare routine and do you think it’s still taboo for men to openly care about their skin?

Thank you! My girlfriend works in the beauty department at Vogue, so she’s always introducing me to new products. My go-to routine is a simple four-step process:

1. Wash my face with Youth to The People’s Superfood Cleanser.

Occasionally I’ll do a face mask. My favorites are Dr. Jart’s Hydration Lover mask and Soft’s Moisture Mask. But I’ve been wanting to support more Black-owned beauty brands. Some of my favorites that my girlfriend has put me onto are EPARA, AHF Body Chemistry, and Bevel.

I feel like the conversation around male skincare isn’t as taboo anymore. I think many guys have a skincare routine or are open to finding one. People ask me to recommend them products all the time. But I might just be living in a New York bubble because every now and then I see women on Twitter complaining about how guys only use lotion on their faces and not the rest of their bodies. So we gotta fix that.

Lastly, many brands across all industries including beauty are showing their support towards the Black Lives Matter initiatives. What would you advise these brands that have been coming forward?

It’s honestly hard for me to applaud brands that are now stepping up. I don’t think it’s the job of Black people to applaud White people for doing what they should’ve been doing since the beginning of time.  I see a lot of brands speaking out about the police or the government, without actually looking at themselves and considering how they may be a part of the problem by the environment they create on a daily basis. But I can say that it’s cool that Alexis Ohanian of Reddit has resigned and wants a Black candidate to replace him. One of the best things that brands can do now is put Black people in executive positions. There is no equality if Black people are not involved in decision making. 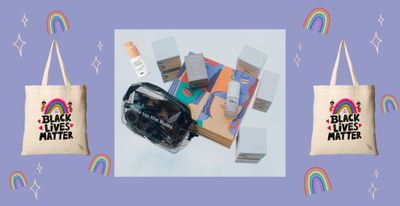 
Our ultimate PRIDE giveaway is here!


Turns out, there is a right (and wrong!) way to take a bath. 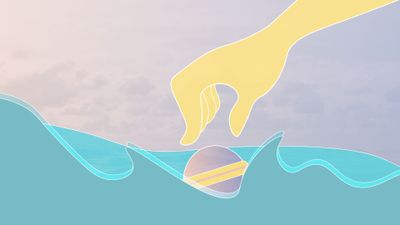