There I remained, by body wrapped up in tin foil like I was a human-sized burrito, Chipotle to be exact.

Brackish sweat dripping into my eyes, my body steaming under the heat from the steaming blanket, which was comforting in how heavy it was, I somehow started visualizing what I’d become. A physical manifestation of a white man’s version of Mexican food. It was here that I must have started hallucinating as all I could envision was salty lime-juiced rice, the crunch of lettuce in-between a hearty bite of chicken and hearty black beans.

Was I in heaven or was this hell – or both?

As it turned out, neither. I was at a French spa, one that was as bougie as it was exclusive. No, this wasn’t Halloween and I wasn’t trying to score a free burrito. Rather, I was wrapped up in a heavy heated blanket at a spa called Daphne. Tucked away on an unassuming corner on a side street in Little Italy, it’s the go-to spa for celebrities and editors who know beauty.  What makes it the most charming is perhaps how no-frills and no bull shit the entire business is. Step into the spa and you won’t get a sterile, gleaming or luxurious experience but one with two rooms met by a front desk.

This French spa isn’t just any spa either. It’s one of the only to be able to carry the highly coveted Biologique Recherche, a brand that’s beloved by celebs to beauty obsessives. Every single product used in these chic facials is from the Biologique Recherche brand, which helps explain the steep price tag. The average for 60 minutes is $225. That’s like, 20+ burritos.

I decided to go with the spa’s signature body treatment, The Glow, one of the most popular “results-driven” treatments from Daphne. Apparently, it’s the go-to treatment for celebrities when they’re in a pinch, especially for red carpet appearances or events like tonight’s Met Gala. It not only slims your figure, provides you with a more tone, but you detoxify in the process. An added benefit: you also get a mini “lifting” facial. That’s right: As your body is simmering in intense heat, your face is getting pampered with a non-surgical lift. It’s an all-in-one situation, which makes the price sting just a little less.

The entire experience took a lot of patience. For one, you feel as if you are experiencing the most intense fever of your life, sweating from everywhere under a blanket as you weave in and out of consciousness. It’s almost as if you’re stuck inside a crowded, swampy New York City subway station. Except instead of another man’s sweat dripping on your arm (ew!), all that sweat is yours.

Sweating so intensely feels weirdly liberating. It’s almost as if you’re a wet rag being rinsed into a kitchen sink, with all liquid be drenched out of your pores, all of your past sins swirling into a drain. Being forced to emit what seems like a gallon of sweat makes you feel as if you’ve achieved some kind of life achievement, almost like you bore a child into the world. Except you literally had to do nothing at all – just lay there, wiping salt away from your eyes, remain breathing and alive.

After the 60-minute mark, it was time to unwrap my body to unravel my sweating corpse. As it unfolded, steam began to rise as if my soul had decided to finally leave this world in a cloud of shrouded salt. My hands and feet pruned, my legs completely soaked, I was taken aback when I found a pool of hot liquid. Horrified, I questioned if said liquid was actually expired from my own bladder (I confirmed later it was not!).

As I wiped my body off, my head dizzy, albeit lighter, from the experience, I peered into a mirror. My face was sanguine, my body felt toned and I definitely had a shimmering glow. It’s as if sweating this month revealed a more taught, more beautiful me. The Glow treatment definitely gave me an instant slimming effect, my cheeks were more sallow and my legs more muscular. But more so, the wrap provided me with a newfound respect for Chipotle burritos everywhere.

After leaving the spa, an easier pep to my step, I felt refreshed, renewed and celebrated at – you guessed it – Chipotle, my complexion as beautifully plump as ever, glowing under the New York City sun. I’d finally reached the peak of my existence and I was going to bask in my glory. 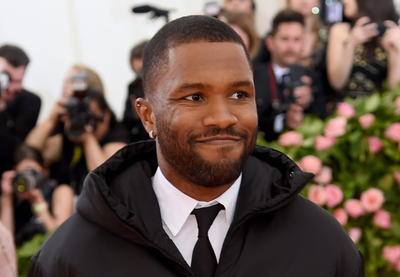 
I tried nootropics or ‘smart drugs’ to see if it made me like, smart. 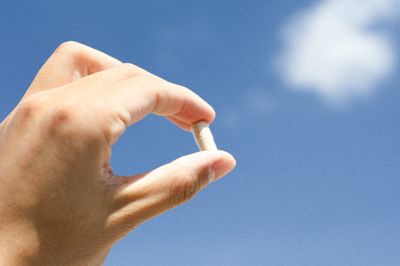