I tried nootropics or ‘smart drugs’ to see if it made me like, smart.

When you’re deemed “the smart one,” there’s absolutely no winning.

Especially when you’re actually not that smart.

Such was the case for me – the lone Asian in school – who was unfairly called “smarty.” I guess I looked the part with my gapped teeth, coke bottle glasses and bowl cut with a constant RBF that others perceived as “thinking.” In retrospect all of this, was, of course, racist.

SEE ALSO: Science confirms you look uglier without sleep. Here’s how to get your best rest.

Regardless, I relished in this rumor that my brain was actually bigger than it was, my neurons jolting with lightning-fast speed. I’d repeat facts about Greek mythology with ease (did you know Hercules was actually half human?), or teach my peers about what Sea Monkeys really were (brine shrimp!) and teach a few Korean words (annyeong is both hello and goodbye!). But my achilles heel – and my eventual downfall – was math. Curses, math, curses. A very useless form of language created by much more intelligent people than me, was my nemesis, and one who’d eventually snatch my wig.

It was a Monday afternoon when Mr. Capp, my third grade teacher who I swear was onto my act, called on me to solve a long division equation. That’s when shit hit the fan, my friends. In a single instant, my inability to solve 225/9 (it’s 25, according to my iPhone’s calculator!) revealed to the class that uh, yeah, I wasn’t as smart as they’d been led to believe. No longer was David Yi “David Smart-Yi.” Rather, I became … “David Dumb-yi.” True story.

Maths. I am completely, utterly, embarrassingly horrible at math and totally, completely – mortifyingly – confused with numbers. Still. It’s to the point where the other day, my friend pointed out in a story how I incorrectly divided a figure FOR ALL TO SEE. It behooves me that I actually worked as a business reporter at Women’s Wear Daily, scamming all of those editors into thinking that I was good at dissecting graphs and figures. Pays to be Asian, suckers!

And so the other month when I came across the ‘smart drug’ known as a ‘nootropic’ I gagged. The pill, Greek for “to bend the mind,” is an over-the-counter drug that boosts memory, creativity, concentration or any other high-level brain function. Basically, it’s like adderall – but more natural.

You might have also come across nootropics in the past few months. It’s the beauty and wellness industry’s next “big ingredient,” one that’s projected to be a $11 billion industry by 2024. No wonder that brands ranging from Moon Juice, the new beverage company Kin Euphorics, Sakary Life, The Nue Co and more are getting into nootropics.

Nootropics are a mixture of antioxidants, lipids, vitamins and more that have been linked to better brain function. It’s such a broad word that any stimulant drug from adderall, dexedrine, caffeine, nicotine and more are considered to be a nootropic. The ones on the market, of course, aren’t technically drugs, rather considered as ‘supplements.’

Sakara Life’s Nootropic Chocolates use L-theanine, an ingredient that is said to boost concentration and blood flow to the brain. The Nue Co’s Nootro-Focus includes L-theanine as well with a mix of lion’s mane mushroom, ginkgo, bacopa and more – all ingredients linked to brain health. Of course, we need to take all of this with a grain of salt as there isn’t conclusive evidence that suggests these claims are 100% true.

Nevertheless, I tested The Nue Co’s Nootro-Focus for an entire week to see if I can actually become smarter. Here’s what I concluded after a week ingesting two Nootro-Focus pills a day.

One thing you need to know is this: no drug or supplement is going to make you smarter. It can increase concentration and productivity, which then could lead to retaining more information, but nothing will make your IQ raise but a hundred points. Knowing this, I went into testing these supplements with a very open mind. Like, I wasn’t going to become Pete Buttigieg tomorrow.

Usually, my working process is a little (okay, a lot!) scattered. I multi-task like a beast and am constantly writing stories, switching to social media, getting back to texts, reading an unrelated story, then going back to finishing said story. It takes me three times longer to finish one story than it should. Concentrating on one-single thing at a time is quite difficult for me.

The first day taking two Nootro-Focus supplements didn’t really do anything at first. I didn’t feel more productive nor did I feel my brain boosting. The Nue Co suggested in an email that I wait for around 30-60 minutes to see results. “You’ll find it easier to concentrate on tasks without distraction,” they wrote me. Taking the supplement for an extended period of time, they said, “increases production of ATP (adenosine triphosphate), the compound that fuels the brain by 13.6% in six weeks and increases the formation of brain cell membranes by 26%.”

All of that data talk made my brain hurt. I went back to writing and as the clock passed an hour, I realized I’d finished a story and had hit publish. The next day, I took two supplements and went off to work. I didn’t feel jitters or any sudden pang of inspiration, no, but I did feel super productive. Was this a placebo effect or was the nootropics actually effective?

The Nue Co claims that it’s actually the nootropics working. “Our formula includes ingredients to improve concentration such as rhodiola which is a powerful adaptogen that aids your body’s reaction to stress, whilst also reducing anxiety,” they explained to me in an email. “A combined total of fifteen studies have concluded that Rhodiola can positively impact both mental and physical performance. Further research suggests that Rhodiola can increase attention to detail-oriented tasks by improving concentration.” Okurrrr then.

At the end of an entire week, five stories published and many other things accomplished, I felt as if I was much faster at work. But was it the nootropic that allowed me to become more productive or was it simply that my brain thought it was smarter? Like, could I have swallowed a ‘smart Skittle’ that claimed the same things with a similar outcome?

While I don’t know if these nootropics 100% worked for me, I can attest that taking them – and at least feeling as if my brain was boosted – did have a positive outcome on my productivity. Better question: Can you trick your brain into believing it’s smarter? If so, I think I can now do math. 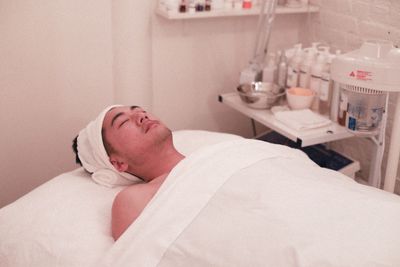 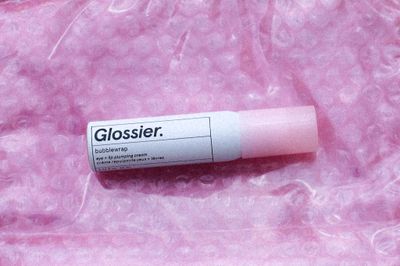