For many people other than me, using sunscreen is the least favorite part of one’s skincare regimen.

There are many reasons for this. For one, a lot of people simply hate using a product that’s greasy, leaves a gray cast, and leaves one looking completely Casper the Ghost white. Not to mention the chemical-y fragrance most sunscreens leave behind. For solutions to best sunscreens, we’ve posted our favorites here.

But I digress. This article isn’t about sunscreens in the traditional sense. Rather, a new product that aims to provide added protection from the sun, aka UVB UVA rays. It’s called Sundots and just launched its website for the public after raising over 500% of what it was asking on its Indiegogo campaign.

A recent Consumer Reports study found that a third of the best-selling sunscreens on the market had less than 50% of the SPF it claimed.

Sundots’ product is pretty straightforward. It’s a gummy made of 240 milligrams of polypodium leucotomos, a fern extract that’s said to have sun protective properties. The brand says that along with sunscreen and SPF protective clothing, using Sundots is an added layer of protection to provide protection nefarious sun rays. Sundots is also not the only product that sells polypodium products. There’s Heliocare, a supplement of polypodium, as well as vitamins sold over the counter.

A spike of interest in ingestible products for sun care comes at a time when consumers are more skeptical than ever when it comes to sunscreens. A recent Consumer Reports study found that a third of the best-selling sunscreens on the market had less than 50% of the SPF it claimed. There’s also a study that Americans aren’t using sunscreen properly, with three times more skin cancer cases since the 1990’s.

“We have a huge need for extra protection,” says Chris Tolles, co-founder of the brand, to Very Good Light.  For Sundots, he wants to create more good habits when it comes to the sun. He, along with co-founder Dr. Emilia Javorsky, decided to go forward with the brand after finding studies to show that polypodium does protect skin cells from sun damage. “The polypodium actually powers up your cells,” he tells us.

The report Chris refers to is one that was tested on around 50 participants. The results were that the polypodium seemed to block UVA UVB damage on a cellular level. But that study is far from conclusive, says Dr. Y. Claire Chang from Union Square Laser Dermatology in New York City.

“There is no added benefit on top of regular sunscreens that I have found in the medical literature.”

“Several human studies have shown reduced risk of sunburn and UV-induced erythema with oral Polypodium leucotomas supplementation,” she tells us.  “Unfortunately, the available studies have been small, used varying dosages of Polypodium leucotomas, administered the extract for differing durations, and had limited follow-up. Larger studies are needed, and the optimal dose is still unknown.” She goes on to say that it hasn’t received a formal SPF rating but available resources say that the product is likely very low at less than 10, she says. It’s very important to also note that the FDA and American Academy of Dermatology (AAD) warn that this should not be used in place of sunscreen and sun-protective clothing.

It’s a sentiment that Chris repeated over and over again. “The best sun protection is sunscreen and this is not a replacement,” he says. “It’s for people looking for another layer of protection. We’re really all about advocating for sunscreens.”

I tried Sundots for an entire month. Its gummies remind me of the Flintstones kind – both in flavor and texture. Rather than being chewy like a gummy bear, its consistency is more reminiscent of a fruit snack. I admit, the taste isn’t so delicious, but totally edible in its orange/citrus flavor.

Chris recommended I take one dose in the morning to protect myself for midday sun, which is at its most powerful. He suggested I take one in the morning and another in the early afternoon, around 1 p.m., if I was going to go out on an outdoor activity like, say, hiking. I’m not sure if this was a placebo effect or not, but taking these gummies made me feel as if I was impervious to the sun. In my head, I felt like Fantastic Four’s Susan Storm, aka Invisible Girl, who has the power of shielding away danger. Along with the SPF 50 I slather on my face any way twice a day, I felt my cells were protected.

But after an entire month of testing this out, there was absolutely no way to know if it really was working. Chris told me in our conversation that this was normal. “You shouldn’t be able to feel a difference, for all it’s worth.”

Was it that I wasn’t feeling any different because perhaps, the Sundots made little to no difference after all?

“There is no added benefit on top of regular sunscreens that I have found in the medical literature,” explains Dr. Chang to me. “It likely doesn’t hurt to take, but I am unsure of any clear benefits if you are using the recommended sunscreens with SPF greater than 30-50.” She goes on to explain that in one study, taking polypodium along with sunscreen found no benefit over sunscreen itself. “They may find additional benefits in the future but the evidence does not show that yet,” she says.

And for $50 for a single bottle of 36 gummies or $29 for monthly recurring deliveries, this is certainly far from affordable. Now sold online and in select CVS stores, it’s worth it if you’re paranoid about sun-related disease. For the rest of you, stick with using an SPF 50 twice a day. Doctor’s orders. 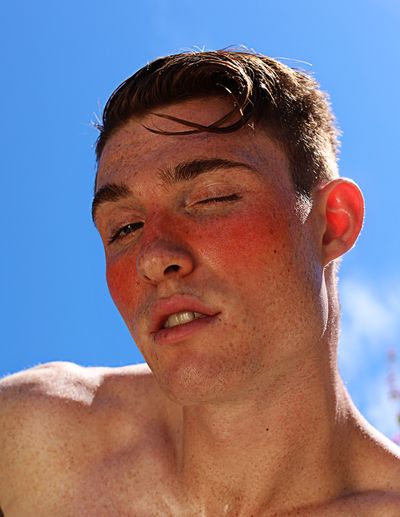 
Pride is for everyone and yes, that includes Republicans 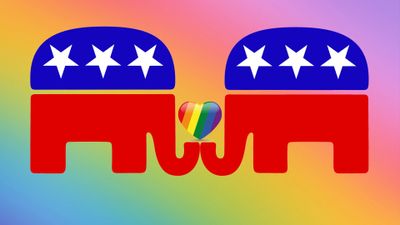