You’re not the only one thinking about sex

Sex. You think about it. We think about it. We all obsess over it. It’s a part of our identity, culture and self-esteem. But when it comes to guys – especially young guys – why aren’t there more resources out there? Where do we turn to when we want to learn about our own bodies, safety and pleasure? Introducing our first-ever Sex Week, a week-long celebration on everything and anything sex. We’ll talk about different perspectives, what sex means to guys and why we don’t talk about it more. It’s all confusing, yes. So let’s talk about it more and normalize the conversation.

There is plenty of information (though never too much) on the internet for women’s sexual empowerment.

We live, by and large, in a sex-negative culture, so to see so much sex positivity in the media is a great thing. If you’re interested in reading some, check out this, this, and this.

Though, there isn’t much out there for guys. Men are historically seen as in charge, this means it’s just expected that they should know how to do everything. On top of that, men are portrayed as these feral creatures who want desperately to put their dicks in any hole they can. This kind of thinking does none of us any favors.

Meanwhile, education is doing you no favors. Sex Ed is a disaster in America. Betsy Devos is currently doing everything in her power to kill what little sex ed we have. I think we’d be remiss not to carve out your place within the sexual framework, boys. It’s not all about sticking your penis in something and then that’s, like, it.

We think because men achieve orgasm 86% of the time, we should just ignore any other needs or desires entirely – when really everyone deserves to have the best sexual experience possible.

Female sexual empowerment is essential, of course, but it’s important to address  guys as well. Because it seems like the woke among us have acknowledged that people know nothing about the female body (Which is totally true. The full structure of the clitoris wasn’t even discovered until the 90s), but assume we already know everything there is to know about male sexuality.

There is a substantial pressure on men to perform rather than actually lean into sexual pleasure (just look at these studies on premature ejaculation and performance anxiety). They’re told to think about anything other than orgasm so that they can “last.” We think because men achieve orgasm 86% of the time, we should just ignore any other needs or desires entirely – when really everyone deserves to have the best sexual experience possible.

Maleness does not exclude you from the sexual empowerment movement. Whether you’re a transgender or cisgender male, queer, bisexual, heterosexual, gay or asexual, sexual liberation, pleasure-seeking and safe sex is important for every person of every gender.

Where guys can learn about sex

Now that Very Good Light is covering sex for curious guys, we’ll have plenty of educational content to help you on your way.

If you want to read a book (look at you, so smart) — check out this amazing sex ed guide for teens, For Fox’s Sake: Everything Your Teen Needs to Know About Sex.

On that note, don’t feel pressured to be an incredible lover when you have limited to no experience. You aren’t born into sex expertise just because you’re a guy. Sex, like everything in life, takes lots of practice (and lots of screwing up).

Don’t feel like you’re not living up to some unrealistic standard because you didn’t keep it up for twenty minutes.

We seem to put a lot of pressure on boys to last a long time in bed, have ginormous penises, and know exactly what they’re doing – without any reason to think that.

The truth is, none of us know what we’re doing until we’ve done it a bunch of times. Sex is different for everyone. Every single body is unique  and enjoys different things. Don’t feel like you’re not living up to some unrealistic standard because you didn’t keep it up for twenty minutes.

Be honest with your partner. Have a conversation about how you’re feeling. It’s okay to be nervous. More likely than not, your partner is just as worried and self-conscious as you are. If you both know where you’re coming from, having a good experience together will be a lot easier.

There isn’t much information out there for guys to learn how to ask for what they want in bed or how to even figure out what they want in the first place. It’s generally expected that you will just want to put your peen in a hole and that’s it. Cut and dry.

It’s actually not that simple. Desire is as complex as human anatomy. If you want to try something, it’s okay to ask. You don’t need to feel weird or ashamed. We all have questions, confusions, and desires.

It’s good to talk about your fantasies and to have sexual curiosity. We should never add shame to open communication. A willingness to express those thoughts will make you a better lover in the long run because you’re able to negotiate and try different things (while building trust).

Take time to listen to your body. Which strokes feel best? Are you interested in having your balls touched? Your perineum? These questions aren’t bad, they are important to ask yourself. How can you expect a partner to know what feels good for you if you don’t know yourself?

It’s okay to say no

Here is something we never say to boys: If you don’t want to have sex or engage in sexual activity, you can say no. It is good to say no. You should never do something sexual because you think it what you’re supposed to do.

No one is saying you need to say no if you’re into doing it.

We are entrenched in a culture that cultivates toxic masculinity. It crams men into a box where they feel like if they say no to sex, they are less of a man. This is super screwed up and unfair.

Having good sex means being enthusiastic about having it in the first place. If you want to do it, that’s great. No one is saying you need to say no if you’re into doing it. But, you have to understand that your comfort and happiness come first. If you want to say no, say no. Consent is critical for every single person.

There is no such thing as a “real man.” You are a real man for taking your life and your choices into your own hands and doing only the things you want to do.

It’s also fine to not have sex

Another thing to think about and ponder: It’s totally find if you don’t want to have sex at all. If you’re not interested in doing it, there is nothing wrong with you. You are not broken or damaged.

Don’t push yourself into something that you aren’t 100% prepared to do. Check in with yourself.

3 big things you should know before you have sex:

1 Everyone is super nervous.

No one knows what they’re doing. We all need practice. Trust us, your partner is probably just as freaked out as you are. Honestly, it may not feel like it, but it’s totally OK. It’s probably not going to be an Oscar-worthy cinematic experience your first time out. Breathe.

It doesn’t matter what kind of sex you’re having, you absolutely must protect yourself. Always have condoms on hand. Watch a Youtube tutorial on condoms before you try using one. Practice on yourself. You’d be surprised how many people put condoms on wrong.

3 Have a discussion beforehand.

Having sex for the first time is as scary as it is exciting. It’s easy to get caught up in the moment and just go with whatever happens. Instead of jumping into something you may not be comfortable with, talk about what you’re going to do before you do it.

Gigi Engle is a writer and educator living in NYC. Her work has appeared on Cosmo, Elle, Teen Vogue, Glamour, Allure, Marie Claire, and Bustle.

Cat Baldwin has been a Brooklyn-based illustrator for 8 years after fleeing the scent of patchouli that haunted her formative years in the Pacific Northwest. She spends her free time seeking out delicious food and maintaining what she likes to call her “moon tan.”
Follow her on Instagram @catbee643 for photos of cats, pizza, and colorful city living. 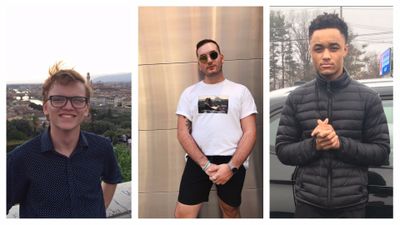 
Sunday Riley Saturn Sulfur Acne Treatment Mask and how I cut out acne this week. 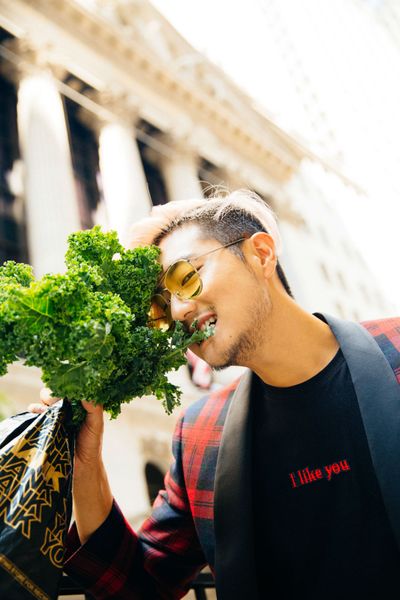