My friends don’t know I use a $6 fragrance

When I was in the sixth grade, before acne set in and I grew any pubic hair, I used to douse myself everywhere with cheap colognes.

You’d have thought the spray was a mosquito repellent and I was out to slay the biggest mosquito of all, truly suicidal, I know. I’d spritz the air twice, walk into the musky mist, bask in my hormonal glory, then spray my arm pits once, proceeded by opening my shorts and fumigating wildly down there for good measure. In retrospect, I smelled like walking HPV, a reason why I probably had all of two friends, one including a dog my family owned for all of two days. 🙁

Years later, I dabbled lightly in fragrances. When I mean lightly, I mean nothing at all. Just my deodorant and the smell of my freshly laundered clothing. But when a friend told me that I was reaching the age where I needed to be more sophisticated, I decided that maybe, just maybe, I’d try.

That’s when this story takes an interesting turn and comes full circle, my friends. Lately, I’ve been using a spray that I once used in my youth, the same that used to coat my young testicles and make them sting. ‘Oh, is that Le Labo, a savvy editor friend of mine recently asked.’ ‘That smells familiar, could it be Diptyque? I had another one try guessing.’ Of course, I never really revealed my answer. I wanted my own eau de toilette to be clouded and shrouded in complete mystery.

That is, until now. Friends, family, my old dog if you’re still alive, I am confessing that I have been using AXE spray for the past few months. And OMG no, this is not a sponsored post, lol. (FYI, we at Very Good Light will never ever be paid t0 review products. Trust us, we’ve been approached.) Yes, you can raise your brows and wag your tongues or clap in unison. It’s truly impressive, I know. AXE. The same hormonal brand that used to show commercials instructing guys to clean their balls.

But the brand has completely transformed from crass to class in the past year. While the brand was all about tapping into that hormonal teenager, it’s now about redefining masculinity. I was actually impressed by their Find Your Magic campaign, in which they show a diverse array of men ranging from swaggy straight guys, paraplegic dudes, to gay teens finding love. Was it time to start rethinking AXE completely? I think so.

So I started using the $6 new YOU spray because their PR sent it over. I was hesitant at first. I mean, this was still AXE, after all. But a light douse of it made me open my senses. It was a hell of a lot more sophisticated that I remembered. The fragrance has notes of amber and cinnamon for a sweet smell, then peppers in coriander leaves and black basil for something fresh.

The overall feeling is that this fragrance is well-rounded and warm, like the first actual warm day of spring when all the basics trade in their Uggs for boat shoes. Researching more, I see that the fragrance was created by Ann Gottlieb, aka the woman behind scents like Calvin Klein, Dior, to Marc Jacobs, to name a few. Okay, makes sense now. It’s a fragrance that’s been well thought out. Makes me feel a lot more sophisticated knowing it’s from someone who has an expert nose.

All in all, my friends, I will still continue spray myself in an X formation like a teen for the next unforeseen months. Like, honestly, one spritz altogether. For $6 it’s definitely a steal and something you have permission to check out as well. The next time I go in for a hug and I get a whiff of your glory, I won’t say out loud what you’re sprayed with. I’ll give you a wink and nod and then Instagram Story what you’re using behind your back. JK. The world should know what you’re using.

I think it’s cooler to know that you didn’t spend hundreds on a fragrance to smell of confidence. Rather, a couple dollars to find your, well, YOU. That, my friends, is being a savvy shopper. That, my friends, is being a swaggy AF man. Just don’t use on your precious crown jewels down there. It will still burn. It will still sting. Yes, I have tried. 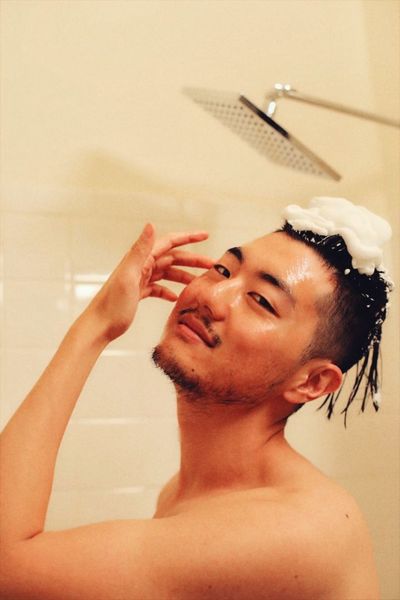 
There’s now a face mask you do while you’re in the shower.


Can a purple toothpaste get rid of the frightening yellow in your teeth? 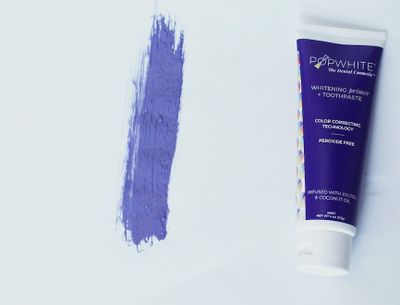