The world’s biggest UFC fighter also has the best hair

There was once someone named Becky with the good hair. Well, her time is over.

We met the 28-year old Canadian star and got a glimpse of his healthy, beautiful, brunette long tresses up close. And after seeing it in action–pulled up into a bun, and then flowing wildly while Elias threw some punches and kicks–inside NYC’s Dogpound gym, we can unequivocally say that yes, the Greek-Canadian’s mane is definitely on point. Which is no surprise that he’s now the first MMA athlete to get an endorsement from a hair care brand. In this case, it’s from Pert, the hair care line that’s now making a comeback in the market.

“It made big waves when it was announced that I was the first guy to get an endorsement,” he tells Very Good Light. “It got big international press and made national news.”

As Elias tells us, he received the “best hair” acknowledgment years ago after being interviewed for an upcoming fight. “The interviewer was like, ‘what’s the difference between you and your opponents?’ Other people were like, yeah, I train harder or whatever. But I said, ‘It’s the hair. Look at it.’ And it stuck and only grew from there.”

“The interviewer was like, ‘what’s the difference between you and your opponents?’ Other people were like, yeah, I train harder or whatever. But I said, ‘It’s the hair. Look at it.’ And it stuck and only grew from there.”

Owning his look and his hair in a very macho sport is something that he says comes from confidence. “MMA is all mental,” he says. “Same thing with confidence, you project your own insecurities onto others. I’m projecting confidence all the time and even if you don’t fully believe it. It comes from within. Once you project confidence others will believe in you, too.”

The affable fighter, who gets his share of shade thrown at him from other players about things like his hair, is also extremely gifted in his sport. He’s undefeated in kickboxing and won 11/12 of his MMA fights (being defeated once only by “decision”). Pretty impressive given he just got into the sport after university. “Others start karate at 5 or wrestling at 10. I had the audacity of getting into the sport after college.”

His tenacity got him to the big leagues. And his precision also translates to his grooming. His own method to maintaining healthy hair is as methodical as his training.

“Since I train twice a day I also shower twice a day,” he says. “But I don’t over-shampoo. That’s a mistake since that gets rid of all your natural oils.” Instead, Elias says he’ll rinse his hair with water. Then, every other day or so, he’ll wash it clean with shampoo.

His hair, he tells us, was always a part of his identity. “I was a skateboarder since forever and was semi-pro,” he says. “I had this hair-length from before I could remember. Avril Lavigne was talking about me in that song.”

Eventually, he says he wants to grow his hair a little more and donate it to charity. But before he does that, he wants to make sure he visits children and brightens their days through the Make A Wish Foundation. “I can look like every other beige kid from Disney,” he says. “I can be Tarzan, Aladdin or Gaston with my hair back and clean-shaven. I want to dress up and bring smiles and happiness to the world. That’s my bigger calling.

“People see me in the ring all grrrr and and tough, but really, I’m a lover. I’m a softie. I’m a mama’s boy. I’m a lover but everyone has a price.” 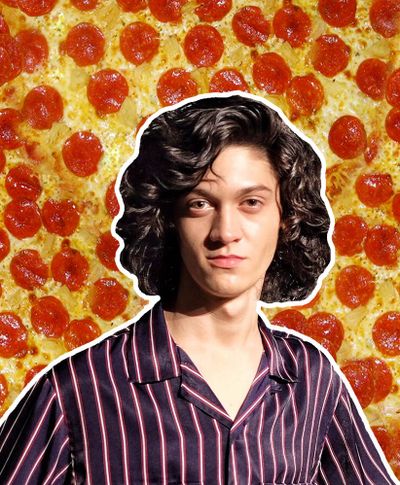 
Here’s how pizza can actually be good for you


The men I’ve hooked up with hated my makeup 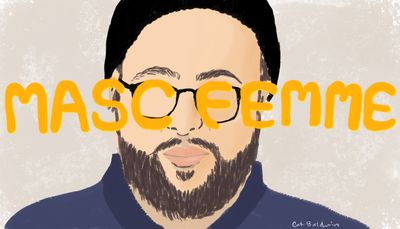