What real Gen Z guys think about sex may surprise you 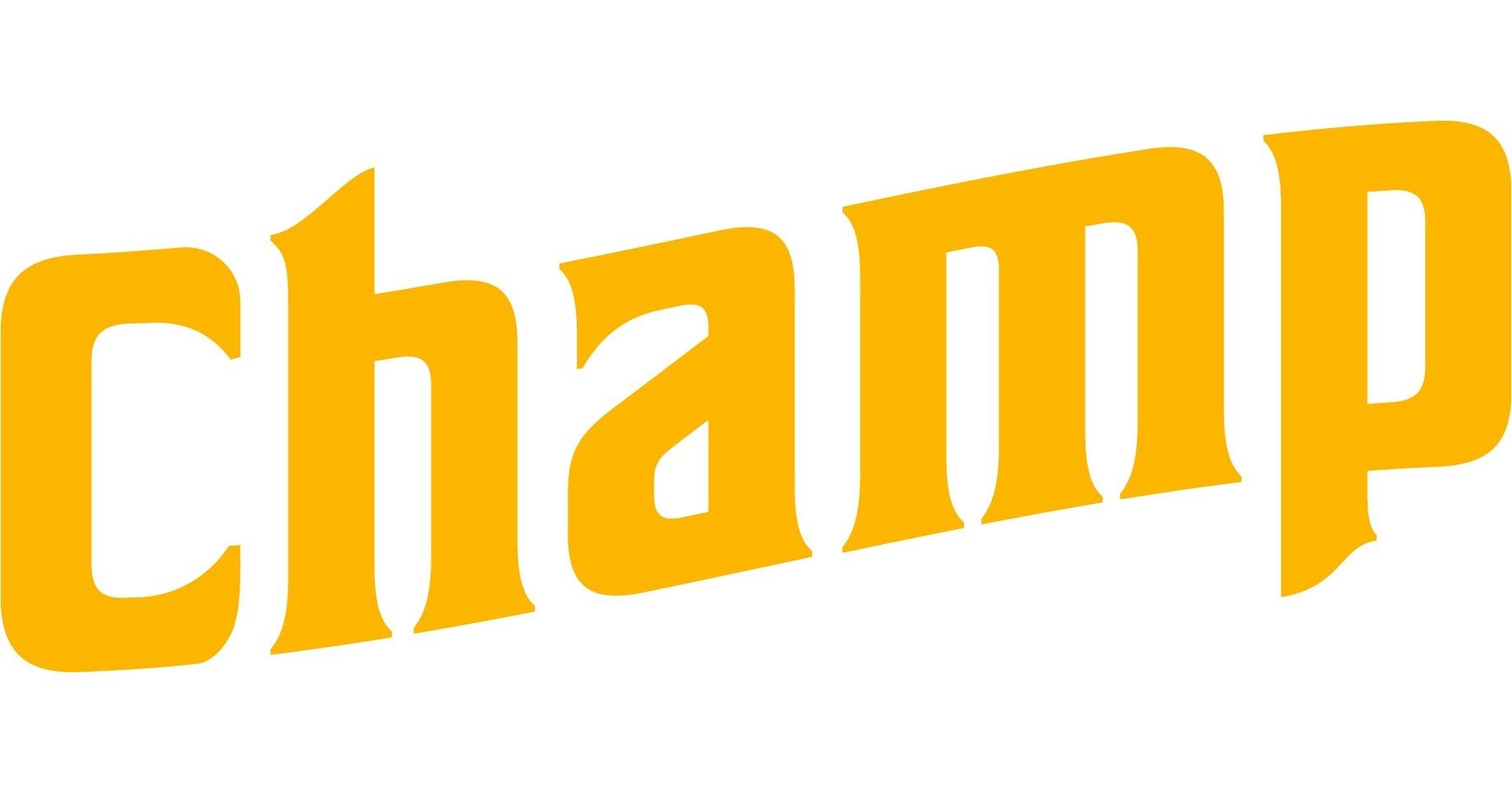 Welcome to Very Good Light’s first-ever Sex Week. We’re launching an entire week’s worth of sexual health content during this pandemic because it’s now more important than ever to learn about how to protect yourself. Along with the new sexual health brand, Champ, we’re giving you the best, informative, and useful tips for an empowered sex life. Because sex should be fun. It should be safe. And you should be informed.

There’s no doubt that Gen Z is an unstoppable force, but when it comes to sex, studies show they’re holding back.

According to a recent U.S. survey, Gen Z is having less sex than any previous generation and are in what experts are calling a “sex recession.” Even with countless hookup apps and birth control more accessible than ever before, Gen Z is not about it. In fact, Gen Zers are about as sexually active monthly as people who are 75 years and older – a significant difference when compared to millennials, the generation just above them.

Why is Gen Z having less sex? As part of our Sex Week series, Very Good Light spoke with several Gen Z guys around the country to find out what they ~really~ think about sex and intimacy. Their answers may surprise you.

I think sex only has as much meaning as you ascribe to it – I don’t hold with any religious or old fashion societal values that say sex on its own in a bubble is some holy or sacred act. It’s important if you want it to be. I think that viewpoint is more prevalent in my generation than in previous ones which might have had stronger religious views.

I think growing up with technology there has been a much greater exposure to sex at a younger age, so I think in a lot of ways it had desensitized us to sex, which can be a good and bad thing. For example, almost naked women or men on tv advertisements is just something you walk by, whereas back in the day it was scandalous if someone wore a tight top. So in the same way sex has been a lot more normalized and much less taboo.

Most people I know in college aren’t sexually active at all, have had less than 2 partners, or they are sexually active and have had greater than 10 partners. I feel like not many members of Gen Z are in the middle of that distribution, whereas based on movies, books, etc., it seems in previous generations 2-7 sexual partners at my age were more common than say 15-20. Today, 15-20 feels more common among people who are sexually active.

Gen Z views sex as a desire they want to fulfill rather than some sacred thing from God. Also, it’s easier and there’s less pressure. You can hook up with people on Tinder now, rather than whatever it used to be.

Gen Z having less sex is surprising, but we are better educated on sex education and there is less of a taboo when it comes to sex, so maybe it’s not as big of a deal. Sex is rad and people should do it if they want to.

Sex no longer has the same meaning as it once did. People are willing to record themselves having sex for money or have sex with someone they just met. For a lot of people, it isn’t something they do because they feel love for someone. The passion is being taken out of sex. People now are only looking for the pleasure of sex only.

Sex can instill both fear and empowerment. As a transgender male, having sex for the first time was nerve racking. Especially because I did not have top surgery yet or bottom surgery, I feared that my partner would see me as female. But, being assured by my partner that I was just as male as a cisgendered male, it made me feel empowered and more confident.

I think our generation approaches sex as something that goes hand in hand with social media. Sex doesn’t happen unless you’re putting yourself out online. However, sex does instill empowerment if you do it safely and correctly.

Personally, I believe that sex should be between people that truly without a doubt love each other. And in this current generation, we lose that aspect. It’s really not valued as much as it should be, because it’s easier to come by. But, to each their own – as long as it’s responsible.

My earliest memory of sex education was in Middle School. I used to think that people got pregnant from kissing, but boy, was I wrong. Eventually around the same time I learned about pregnancy in my science class.

The importance of sex in my generation is on a spectrum and if you’re being safe and smart, then sex can be whatever you want it to be.

As a senior in college, my entire sexual experience has been in these past three-ish years and college is such a bizarre environment for people to explore their sexuality. I came into college with the knowledge of heterosexual-focused sex-ed. I had to learn on my own the ins and outs (hehe) of sex as a gay man.

In the history of the gay community, sex has been used as a form of protest against society’s norms. Hypersexuality is rampant in the gay community as gay men look to sex to find validation and gratification that they may not get anywhere else. In a way, it’s empowering but also pretty discouraging when I am talking to a guy and his only intentions are sex.

I view sex as something passionate and intimate. Speaking for myself, it’s importance to physically and emotionally allow myself to be vulnerable with someone else. I think for the overall people of my generation some may relate to how I feel but also sex has become a symbol of empowerment for my generation.

Once both parties consent, sex can instill empowerment. To be completely bare and agree to display insecurities that otherwise may have been hidden away is empowering. This helps build some sort of confidence which can only help translate well during sex.

Although I said sex seems to be a symbol of empowerment for my generation I don’t find it surprising that Gen Z has less sex than any other generation. I think people are starting to realize that they don’t have to be with someone in order to find pleasure. Conversations about sex are beginning to be normalized, along with the use of toys. In previous generations, people would’ve been shamed for even thinking of using anything like that.

I believe sex is a major driver in our generation, we are fueled by sex on social media and it is always somehow slipped into trends.

Our generation approaches sex as something that is readily available 24 hours a day. You can perform self-sex whenever you would like and have the power to arouse yourself with social media. You can also find casual sex whenever you would like as well, with apps like Tinder and Grindr. These platforms allow you to connect with others easily who have a similar desire as you. This is a lot different than other generations because we have tools that allow us to connect to other individuals very easily but in a very hyper-sexual way.

I don’t find it surprising that Gen Z is having less sex. We are very particular and hyper-focused on who we think we desire, since we view and assess people every day through social media. For instance, we are judging people in split seconds on tinder.

Gen Z has a weird relationship with sex. We have things like Tinder and Bumble floating around so sometimes it’s hard to gauge what people want – even what you want for yourself.

Having a friend with benefits is not abnormal, but sometimes casual sex can hurt our feelings. We need connection as humans. I think Gen Z is more in touch with boundaries because relationships can mean so many things for us.

There’s so much stigma behind sex. I hate how it’s treated as a taboo subject by older generations. We are sexual beings, what are we supposed to do? Pretend that we don’t f*ck people? I think sex instills empowerment for younger generations, versus older generations that only do it for a purpose. 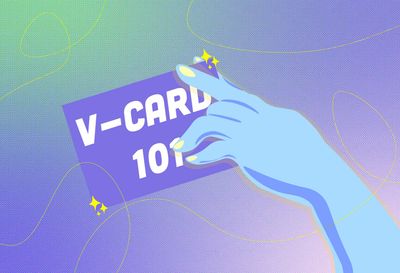 
Everything you need to know about losing your V-card


The pandemic has us rethinking condoms, lube, and sex – for good 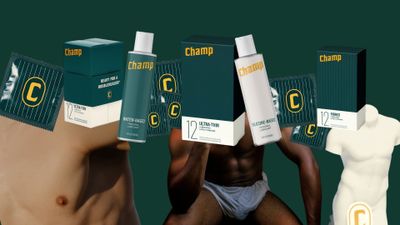