Even though we’re celebrating Hispanic heritage all month long, Very Good Light supports this community online and offline every day.

Since the birth of influencers, we have seen the Latinx community grow and share their own unique perspectives on fashion, beauty, and lifestyle. From Bethany Mota (@macbarbie07) and Dulce Candy pioneering the online beauty community since 2008, to Angel Marino (@Mac_Daddy) launching his own beauty brand Artist Couture in Sephora nationwide, Latinx influencers are a powerful force on the web.

SEE ALSO: 40 Black influencers and creators you should be following

The Latinx community has taken the beauty industry by storm. This can be seen especially in the works of Etienne Ortega, who paints some of the most notable faces including Kim Kardashian to Mariah Carey, truly creating global trends in beauty. Very Good Light had the opportunity to speak with the 100% Mexican celebrity makeup artist and hairstylist who grew up in Guadalajara and moved to LA at age 17 where he would eventually find clients such as Eva Longoria sitting in his glam chair.

Etienne describes his first years living in Los Angeles as “risky and fearful.” It wasn’t until recently that he was granted official US citizenship. But that did not stop him from continuing to create waves on the internet with his striking makeup looks and Hollywood glamour hairstyles. He’s continuously inspired by icons from his own heritage, such as Thalia, Gloria Trevi, and his own sister. Etienne strives to represent his community in the best light possible by promoting authenticity and proving that hard work pays off. 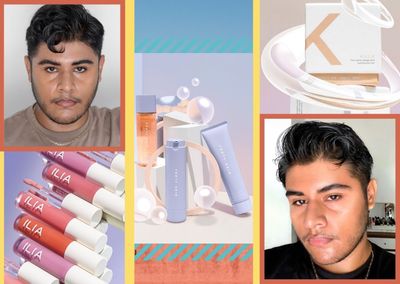 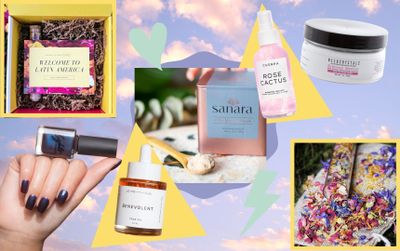