How Latina standards of beauty influences my own queer style

As a Puerto Rican lesbian, people from all different walks of life have invalidated my identity by turning my looks against me.

I don’t have a distinct style, but I am inspired by Latina beauty and queer style – two kinds of looks that, at first glance, couldn’t be more different. I love wearing lots of makeup, styling my hair in a slick bun or in large curls, and wearing form-fitting clothes. I’m not afraid to look sexy. But I also love comfortable shoes, cargo pants, and incorporating men’s pieces into my wardrobe. Sometimes I’ll even do my makeup in a way that gives me an edgier, more masculine appearance.

SEE ALSO: Are queer people the gatekeepers of beauty?

Queer fashion breaks all the rules

Queer style—which plays with gender expectations and androgeny—challenges gender stereotypes, and creates a sense of fashion that breaks the rules of gender conformity. The queer phenomenon of celebrating androgynous style has become more popular with the rise of LGBT acceptance. It’s about breaking the divide between masculine and feminine, between what a man and a woman “should” look like.

Queer fashion also serves a particular function in the gay community. If I look like a lesbian, more queer people will feel safer opening up to me about their queerness, even if they themselves don’t look queer or are questioning or still in the closet. It’s also easier to find other women to date if you look for queer stylistic choices. If a woman’s hair is short, for example, she probably worries less about being mistaken as a man than other women. Straight women are more likely to prioritize not looking like a man because they conform to more gender expectations than a woman who dates other women.

Not all queer stylistic choices explicitly play with gender expectations though. Some just make logical sense. For example, queer women are less likely to wear nail polish or fake nails because of the nature of lesbian sex. Granted, there are lots of queer women who love looking very feminine and painting their nails. But even very feminine lesbians will probably tell you that it can be easier to find other queer people when you “look gay,” which is why the queer community creates wrist bands and shirts with the gay pride flag on them.

Latina style, on the other hand, is heavily gendered. Latina trends in men’s wear and women’s wear are based on gender roles. Men are expected to look clean and sharp but don’t have many options when it comes to expressing themselves through their appearance. Women, on the other hand, are given much more freedom in their self-expression, though the outside world tends to categorize their self-expression as an extension of their sexuality and nothing more.

While I’m not happy with the over-sexualization of Latinas, I think it distinguishes our culture from some oppressive parts of the stereotypical female gender role. Despite the fact that there is a high presence of Christianity in the Latino communities, our women aren’t modest in dress or in action. We aren’t afraid to speak for ourselves. Even though most of the Latinas in my life are very Christian and married to men, they’re not subservient by any stretch of the imagination.

My mother always wanted me to speak my mind rather than sit idly and hope someone speaks on my behalf. She gave me freedom of expression, through both my words and my style. In high school, I’d wear flannel shirts one day and mini skirts the next, and even though my mother was less approving when I dressed in a more masculine way, she never told me what to wear. Looking back on the fishnet stockings and low cut shirts I’d wear regularly, I’m surprised she valued my freedom of expression so much.

In college, when I was trying to work up the courage to officially come out to my family, I started regularly attending pride meetings. At one meeting, I got into a heated argument with a gay white male, and the next day I mentioned in passing that the fiery Latina stereotype is insulting and that I didn’t see myself as fiery.

“But you are a fiery Latina,” my peer jokes, implicitly referring to our argument the day prior. I felt like I had been punched in the gut. Our fight the day prior was about politically charged issues. Rather than acknowledge what I was trying to say, this person simply dismissed me because I came off as angry when arguing about injustice.

Though this exchange was a painful reminder that outsiders would always see me as the sum of my social identities, it inspired me to reflect on who I was and what the history of oppression against queer people and racial minorities has done to my life. While going to minority safe spaces made me feel less alone, they could never give me a sense of identity. I had to do the legwork if I wanted to fearlessly and unapologetically be myself. My life lesson can be summed up in the words of queer Latina mental health advocate and activist Dior Varga: “I can’t be there for other people unless I’m there for myself. I can’t really work to push our movement without really investing in myself. By investing in yourself you’re also investing in your community.”

Self-expression as a queer Latina

Now that I’ve become more comfortable with who I am, I’m not too concerned with being called butchy or fiery or whatever else people want to call me. I do, however, wish that looking very feminine or very butchy didn’t come with the baggage of being harassed on the street, but that’s another discussion for another day. I hope that, through my self-expression, I can show younger girls, Latinas, and lesbians especially, that there’s nothing about being a woman that means you need to look any kind of way. You don’t need to be hyperfeminine because your Latina, and there’s nothing about being a lesbian that says you need to wear a button-down shirt and loafers.

Today, I feel beautiful because I know that I can use my life experiences and the communities I’m a part of to inspire my appearance. I am myself, regardless of if others can make sense of me. I hope all of us can be empowered to dress in a manner that affirms who they are, regardless of if they’re hyperfeminine, androgenous, punky, sexy, modest, or otherwise. We don’t get to choose our social positioning in the world, but we do get to take our experiences and use them to craft an identity that feels true to who we are. 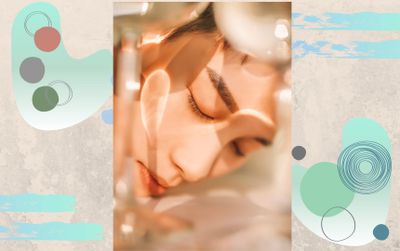 
What’s the difference between prebiotic, probiotic, and postbiotic skincare? 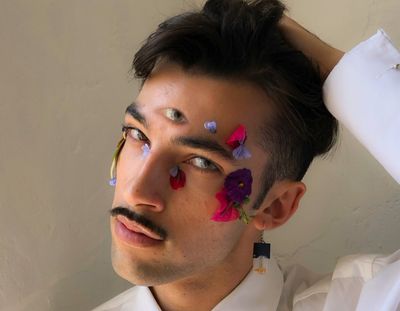