Well, folks, it appears the end is truly nigh.

Not the end of the world, although that is certainly right around the corner, too. No, I’m talking about the end of the influencer era. Once, long ago, we liked, subscribed, commented, and shared. We practiced our dances time and again to try to move our hands at the same sonic speed as Charli and Dixie. We even cared about Jake Paul in a positive way – I know, this feels like eons ago.

But now, those days are over. All of our favorite influencers are on the brink of extinction. Their entire species, as historians will describe one day, is being wiped out.

Where have all the good influencers gone?

While you were stuck in quarantine at home, drawing a red “X” over another day on the calendar, hoping it would make the passing of time feel more real, your favorite TikTok and YouTube stars were having a fantastic time pretending that we were no longer in the middle of a global pandemic. Like the people who peaked in high school that you still follow on Instagram, it appears as though our beloved influencers decided they were too bored social distancing at home. It’s summer, for crying out loud! The season of fun, freedom, and forgetting about COVID-19.

A birthday party for Hype House member Larri Merritt held last month had nearly 70 top influencers in attendance, despite rising coronavirus in California. The influencers in attendance at the soiree to end all soirees (and potentially some lives) were as follows: James Charles, Charli and Dixie D’Amelio, Tana Mongeau, Jake Paul, as well as the evening’s host Nikita Dragun, and the birthday boy himself, known online as Larray. Notably not present was YouTuber Tyler Oakley, who took to Twitter after the fact to call out the guilty party.

Rather than owning up to his mistakes and setting a good example for America’s youth, YouTube’s resident bad boy Jake Paul told reporters that he would no longer be social distancing from his party boy lifestyle. “I don’t know what to think of [the coronavirus], to be honest. I don’t think anyone really does,” Paul told Insider. “No one has answers, our leadership is failing us, and everyone kind of just doesn’t know what to do. But I personally am not the type of person who’s gonna sit around and not live my life.”* Instead, it’s party like your life depends on it, yeah?

*President Donald Trump, the leader in question, could not be reached for comment on Paul’s statements.

Those influencers better party while they still can because their favorite new social media platform might disappear any day now. On August 7th, the president issued an executive order banning TikTok from operating in the US unless it is sold by its Chinese parent company by September 15th. The rationale for the ban stems from TikToks data collection policies which the administration alleges will allow the Chinese government to track American users, including federal employees.

The United States has hit a particularly grim milestone, hitting 5 million confirmed cases with over 164,000 deaths. The gravity of the situation hasn’t appeared to weigh on President Trump until now. Simultaneously, Trump has made—and still continues to make—false claims about treatments for the virus and the severity of it as well.

It is baffling to many Americans that the president has been taken far swifter action to combat TikTok than the coronavirus tearing through our nation and the world. On June 20th, President Trump held a rally in Tulsa, OK, with no social distancing or mask precautions enforced. Leading up to the event, TikTok users—alongside K-Pop stans—reserved tickets to the event without any intention of attending. The result? An embarrassing turnout at an event for a president whose self-worth relies heavily on his perceived popularity.

While it took until July 12th—nearly four months after the first coronavirus-related mandates were issued to Americans—for President Trump to don a face-covering amidst a global pandemic caused by a highly contagious respiratory virus, he wasted no time going after the true enemy of the country: a social media platform that woke teens are using against him to prevent his reelection.

As it stands, TikTok will effectively be banned from the United States should an American-based company not purchase it by the current deadline.

So what does this all mean for the future of influencer culture if they don’t have their platforms to dance upon, nor even their lives, should they continue to not take the persisting global pandemic as seriously as the rest of us? Are influencers truly on the brink of extinction?

In the age of cancel culture and ruining lives and careers just to feel something while we’re all trapped at home, it’s clear that we will always need celebrities to tear down from the pedestals we built for them. Influencers—the Gen-Z iteration of celebrities—will persist so long as we allow them to entertain us.

For many of us, watching said influencers party during a pandemic is the primary source of entertainment for this stage of quarantine. Here’s to you, Jake Paul. You are rightfully the new Tiger King. 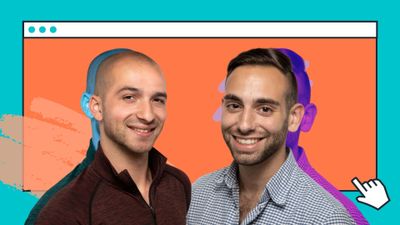 
Meet the founders behind Mira, the AI-powered beauty shopping engine of the future


Struggling with summer rosacea? Here’s how to prevent a flare-up. 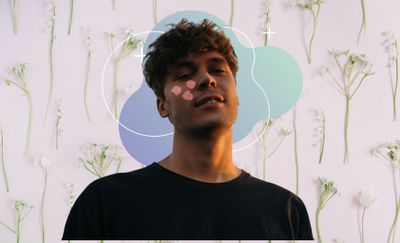