10 facts about men’s nipples that may make you lactate

They’re completely, utterly (udderly?) there for the purpose of just being. They’re the white crayon of your body, hanging about until further notice. But nipples are totally what have become so misunderstood since the beginning of time. For some, it’s sexual, for others, they see their nipples as an extension of their own chests and bodies. And still, nipples are a sign of being free – unbothered and completely confident. The act of showing one’s nipples is also an act of empowerment to some.

Very often, though, nipples are the unsung heroes of your entire shirtless body. They give balance to your (INSERT HERE: pasty or hairy or small or large or chiseled) chests, like little accessories dangling about or your own body’s set of pepperoni-sized earrings.

SEE ALSO: Why I’m no longer afraid to take off my shirt in public

It’s nipples, after all, that give balance to that tight henley you wear for the purpose of showing them off. Nipples also come in various shapes, sizes, colors and quantities – they’re diverse! They’re the United Nations of body parts! Some are pleasantly plus-sized, pretty and pink, sharp and point, small and sporty, or brash, big, bologna-sized. Whatever yours looks like, they’re perfectly normal.

The below is a dedicated post all about men’s nipples, answering all the questions you ever wanted to know, or didn’t know you wanted to.

They’re basically human udders that all mammals have to provide milk to offspring. The actual nipple is the pointy part that hardens when stimulated or when hit with cold weather. The areola is the circular area that surrounds the nipple. Either way, they come in many forms, colors, sizes, with none that are “one-size-fits-all.” AKA if you think yours are too discolored, light, pink, dark, or large, you’re incorrect. There’s no “perfect” nipple.

2. Everyone develops nipples from embryos

Good question. For the first several weeks developing as an embryo, all of us follow a life cycle of females, reproductive organs, nipples and all. Only after two months is when testosterone comes by and alters the embryo to create different cells in the genitalia. But somehow, nipples were still passed on from generation to generation.

“If I had to guess, evolutionarily, they developed and they probably stuck around,” says Dr. David Stoker to Very Good Light, of his own plastic surgery practice in Marina del Rey.

3. Some of us have had multiple nipples

“Yes, we all had multiple nipples along the milk line, like a dog’s,” Dr. Stoker says. “As the embryo develops the additional nipples involute. They end up disappearing but occasionally looks like a mole.” Can you imagine going to the beach and showing off all 8 of your nipples and piercings? Could be cool. No? Okay.

You’re spot on again, my friend. That’s exactly why some people still have third, fourth or even fifth (?) nipples, because they haven’t involuted in the uterus. Some people were simply blessed with more than two. That includes actors like Harry Styles, Mark Wahlberg and Tilda Swinton. Called “supernumerary” nipples, they can look like extra breasts with tissue, or simply a mole. If you have one, do like Harry Styles and flaunt them – they’re an extra accessory to your beautiful body.

Technically, yes, says Dr. Zoran Potparic, a plastic surgeon who specializes in reconstruction breast tissue in Fort Lauderdale. But it really does depend on hormones and the brain. “If a man has increased levels in that area of the brain there may be rare incidents where there are enlargements of the breasts and milk is produced,” he tells Very Good Light. “We have the mechanism for prolactin (the hormone that produces milk) to be secreted throughout glands.”

6. In fact, some guys actually can will it to happen.

There are many theories that men’s nipples can indeed, nurse their young. One anthropologist named Dana Raphael claimed in a study that men could induce lactation simply by stimulating their nipples. Though of course, like Dr. Potparic said, the right hormone would have to be released. But the fact of the matter is, all men have the power to lactate if they truly willed it, which is the craziest thing I’ve studied in my life.

But the fact of the matter is, all men have the power to lactate if they truly willed it.

7. You can also stimulate nipples in the process.

Well, a lot of guys do have sensitivity in their nipples. Just like women, playing with nipples triggers pleasure in the brain. Some even report they can reach climax simply from nipple play. “That’s the part of the sexual arousal mostly in females but we do see it in many males,” says Dr. Potparic says. “We don’t always see sexual stimulation with men but many times it’s definitely sensitive.” Nipples can be a fun part of sex – feel free to squeeze them or have others do so.

8. Are all nipples normal?

You can know that yours are probably different in shape than your friends and there’s never a “normal” as beauty is in the eye of the beholder. But if you’re looking for what plastic surgeons deem is the perfect nipple, we can defer to the experts. Dr. Potparic, for instance, deems nipples that are flat, with the areola’s diameter about 2 centimeters and the actual nipple at 3-4 millimeters.

The color, he says, isn’t too dark or isn’t too pink. To lighten nipples, he says there’s a bleaching process involved. If you think it’s too pink or light, he says some guys resort to tattooing. Dr. Stoker says most of his patients want to look like an Olympic Swimmer. So they’re definitely into nipples that are Michael Phelps-like. “This means minimal fatty tissue, smaller nipples and areola that are symmetrical and located on lower border and lower third of the pecs,” he says.

Moob, man boob, guy jugs, whatever you may call it, it can definitely be an insecurity for a lot of men. The medical term for this is gynecomastia, where male breast tissue swells due to a reduction of testosterone and increase of estrogen. This can be caused by medications, puberty, aging, being overweight, among other issues. It’s also the number one concern for plastic surgeons when they see men.

“We all go through male puberty in teenage years and small fatty tissue under our chests,” saysDr. Potparic. “Most of us grow out of it but 10% of us maintain larger breasts for a lifetime. Some actually resemble female breasts. Then, for a lot of us, they come back when we’re in our late 40s or 50s with hormonal changes.” Basically, having moobs is normal for guys. Whether you like it or not, there will be a time when you have fatty chests. Learn to love and embrace them.

10. Yes, this means men can also get breast cancer.

Yes, but it’s very, very rare. There are reported to be 2,400 men who are diagnosed with breast cancer each year. If you find a lump or unusual bleeding, talk to your physician immediately. Don’t hesitate to call a professional.

K. Cool. So basically, nipples are more complicated than I ever thought!

Word. They’re also fascinating and can be empowering. Just know that whatever your nipple size, know that you have them for a reason. So don’t be shy – wear them out with pride. Allow others to enjoy your nipples, stimulate your nipples, or pierce them. Whatever the case, you’re meant to have them – it’s biological as it is scientific. That means that yes, you’re able to celebrate them and not think of them as something weird. 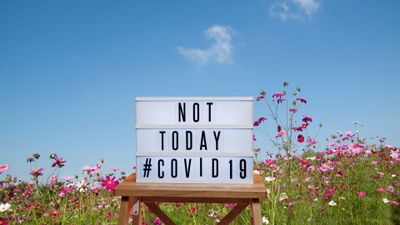 
7 creatives on how they’re staying sane in self-isolation 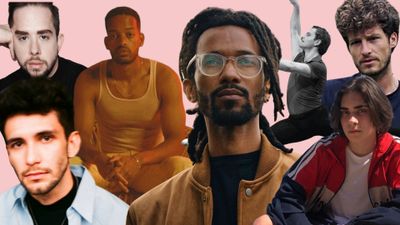